Laidlaw on bench as Hogg returns for Scots 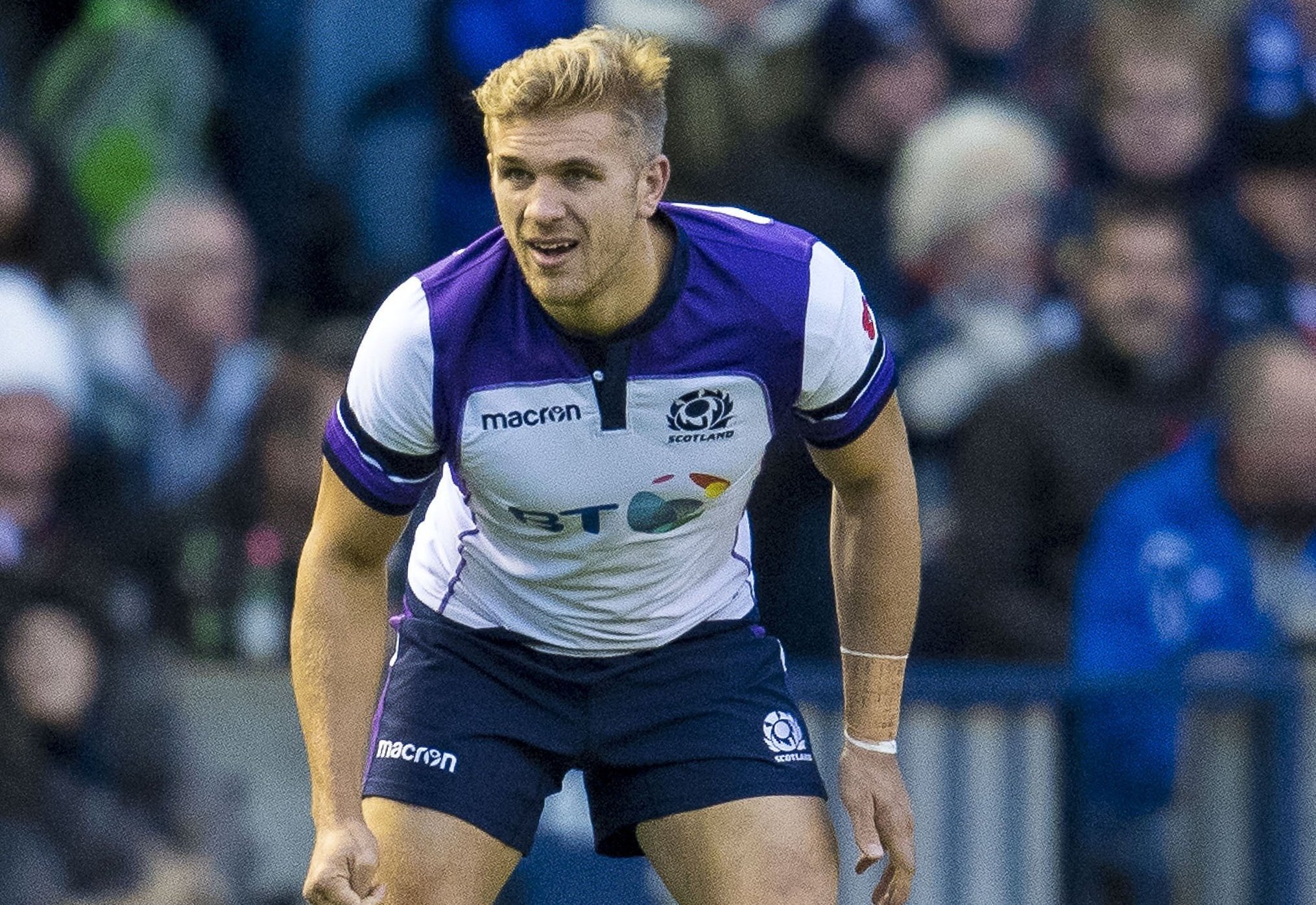 Chris Harris is set to make his first start for Scotland in Cardiff this weekend (pic: SNS Group)

Head coach Gregor Townsend has named six changes to the Scotland team that started against Australia in November for this Saturday’s NatWest 6 Nations opener against Wales at the Principality Stadium.

Glasgow Warriors full-back Stuart Hogg – a late withdrawal from November’s win over the Wallabies – and Newcastle Falcons centre Chris Harris are the two changes to the back division (the latter making his first start), while Gordon Reid, Jon Welsh, Ben Toolis and Cornell du Preez come into the starting pack.

Props Welsh and Reid last featured for Scotland in 2015 and last year’s summer tour respectively, while du Preez and Toolis have been elevated from their replacement status in the Wallabies win.

“We’ve selected a squad that we believe can start the NatWest 6 Nations championship with the intensity and speed required to win in Cardiff,” said Townsend.

“Last year’s championship highlighted that every game is a fierce competition and that all teams have to play at their very best to win away from home. Delivering that level of performance has been firmly in our thoughts during our preparations this week.

“We’re expecting a really physical game against a very good team. Wales have one of the best defences in the game and an attack that sees forwards passing much more and a structure that enables backs to get on the ball.

“I’m sure it’ll be great occasion to kick-off this year’s championship and we can’t wait to get started.”

An otherwise unchanged back line sees scrum-half Ali Price start his ninth Test in the past ten Scotland matches to partner stand-off Finn Russell at half-back.

Centre Huw Jones makes his first appearance for Scotland at inside-centre (where he made nine out of ten starts for Western Province in last year’s Currie Cup winning season), accommodating incoming outside-centre Harris.

Sale Sharks wing Byron McGuigan retains his place alongside Tommy Seymour and Hogg after his late inclusion against Australia yielded two tries and a man-of-the-match award.

Hooker Stuart McInally starts in the front-row between Welsh and Reid, with captain John Barclay and Hamish Watson returning to partner du Preez in the back-row.

Other notable inclusions on the bench see 2017 British & Irish Lions tourist Greig Laidlaw back in Scotland colours for the first time since last year’s tournament, while replacement hooker Scott Lawson’s last involvement was in 2014.

At the opposite end of the experience spectrum Edinburgh Rugby prop Murray McCallum (21) could make his debut if called up from the bench.