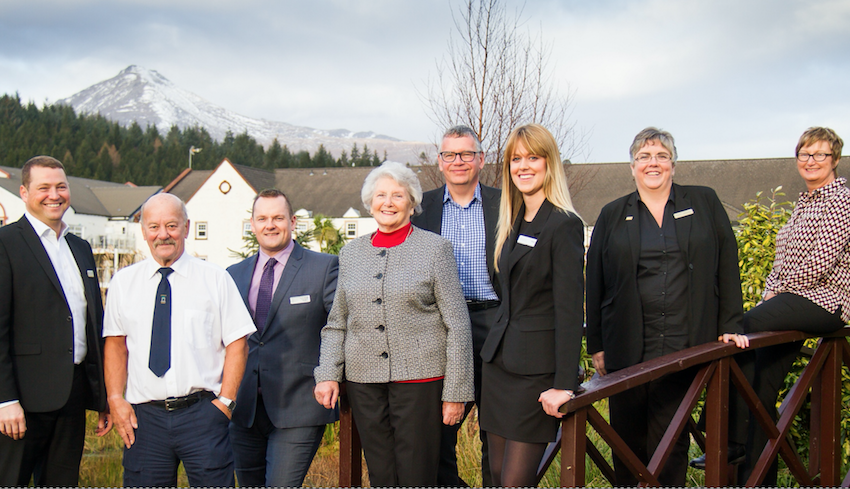 A holiday venue on the Isle of Arran has become the first hotel and leisure resort in Scotland to opt for employee-ownership.

Auchrannie was established by Iain and Linda Johnston in 1988, with Linda heading up the company as managing director and board chair since 2010. Mr Johnston died in 2015.

The hotel and leisure resort has an annual turnover of £6.7 million and an employee ownership trust has been formed to hold 100% of the shares on behalf of the 160 employees.

The deal was structured in order to make it affordable to the business without affecting its ability to reward the team and reinvest for the future.  It marks the first time a hotel or resort in Scotland has become employee-owned.

Ms Johnston said:  “We first started looking at employee ownership in 2015 and the first formal meetings were held in early 2016.

“Many exit options were considered over the years but none protected the ethos of the company, the existing team or the community use of Auchrannie’s facilities for future generations like employee ownership did.

“The team have been involved in the process from an early stage and were given the opportunity to input throughout.”

Linda Johnston and the rest of the Auchrannie management team will remain in place and the day to day operation of the business will not change.

Auchrannie’s transition to employee ownership was supported by Highlands and Islands Enterprise (HIE) and Co-operative Development Scotland (CDS), with the process managed by Co-ownership Solutions and legal services by Burness Paull.

The latest figures show that there are 92 employee-owned companies operating in Scotland, with approximately 7,000 employee-owners generating a combined turnover of around £930m.