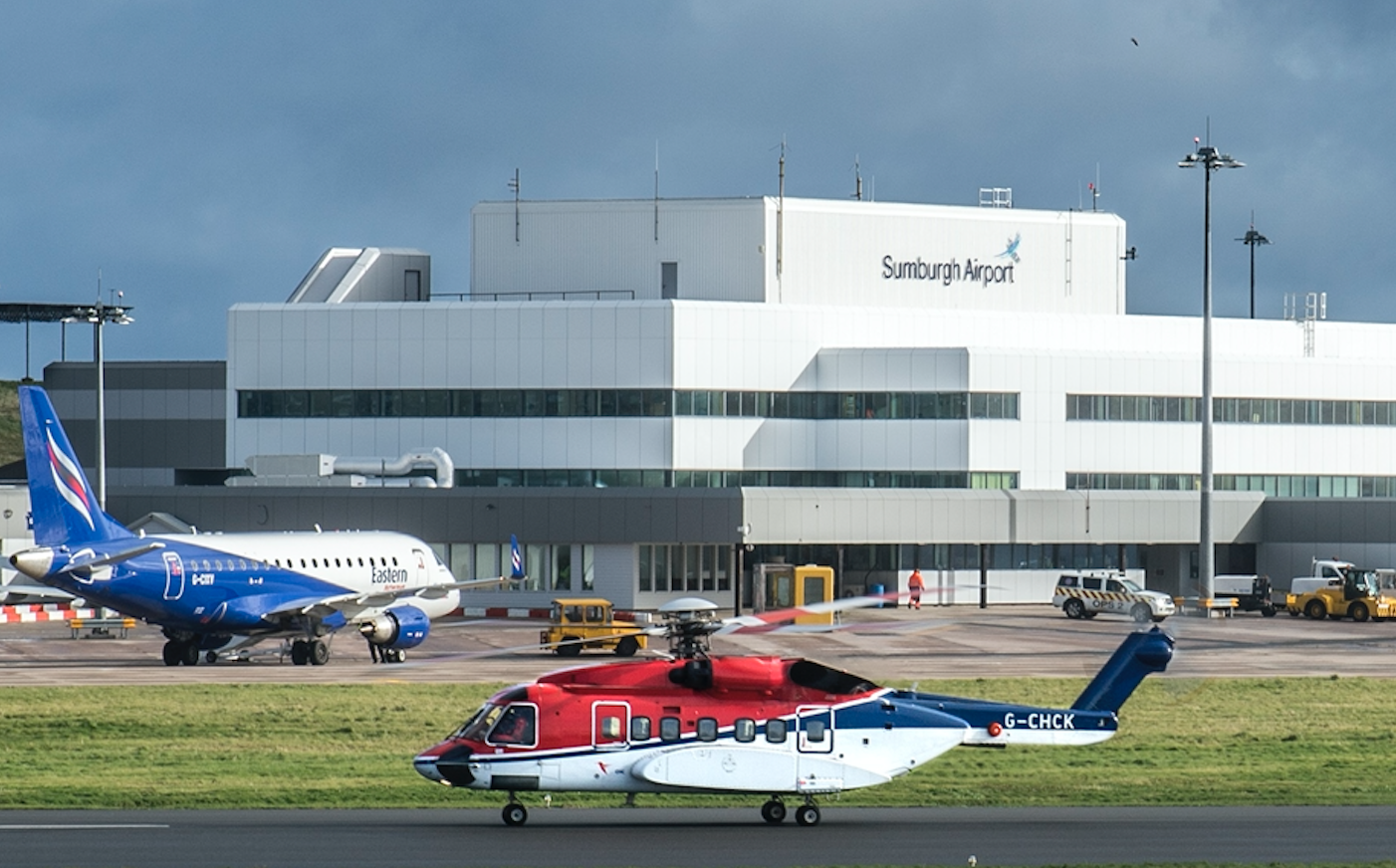 Sumburgh was among those experiencing growing passenger numbers

A record number of travellers used airports owned by Highlands and Islands Airports last year with the number of journeys up 6.3% to 1,722,913.

This was 102,577 higher than the previous year, and included an 18.9% jump in passenger numbers at Barra where 14,264 passengers experienced its beach runway.

Sumburgh, which serves the Shetlands and the North Sea oil and gas industry, recorded a rise of 13.9% to 386,039 – up 46,948 – continuing the growth it has enjoyed since HIAL refurbished the airport and enhanced facilities for offshore workers.

Orkney’s Kirkwall Airport saw an increase of 9.2% to 195,544 from 179,140 in 2016 and Stornoway also saw increased demand with passenger numbers up 4% to 137,103. Inverness, Tiree, Campbeltown, Benbecula and Islay all reported increases year-on-year.

HIAL managing director Inglis Lyon said the performance of the airports was encouraging and demonstrated the growing demand for regional airport services.

Mr Lyon said: “These figures indicate a positive economic outlook for the regions. This illustrates the continuing need for strategic investment across the HIAL operating area. We are working with our colleagues in Transport Scotland to deliver a regional airports network that can grow passenger numbers and has long-term sustainability.

“We continue to see the benefits to passengers of increased connectivity that our airports deliver for the communities they serve.

“We are pleased that the increased numbers at Inverness which has seen strong numbers on the international connecting flights to Amsterdam, Heathrow, Gatwick and Dublin.

“Sumburgh is performing well on the back of an improving oil and gas industry and our other island airports have also seen encouraging passenger increases.”

Mr Lyon said an anticipated increase in international visitors to Scotland in 2018 could see the strong growth figures continue.

“The UK is very attractive as a destination for visitors benefiting from favourable exchange rates. With the number of connecting flights growing, it means they are better able to arrive in the Highlands and Islands, spend less time travelling and more time enjoying the stunning natural beauty of Scotland and experience the hospitality of the region.”

Passenger numbers were down 16,029 at Dundee as a result of the withdrawal of the Flybe Amsterdam service by the operator in December 2016.

Figures also decreased at Wick by 7,871, due in part to reduced demand from energy sector services to-and-from Aberdeen and offshore platforms.