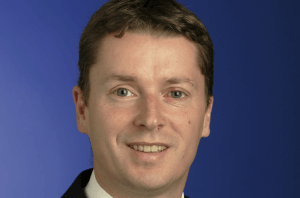 Companies are failing to comply with UK law designed to tackle the late payments issue that threatens small firms.

Fewer than half of those required to file under the Payment Practices and Performance Reporting (PPPR) regulations have managed to do so, according to new analysis.

Legislation came into force on 6 April last year requiring larger companies and limited liability partnerships to report on a half-yearly basis on their payment practices, policies and supplier payment performance.

The first reports were due in November and December 2017 but only 17 Scottish registered businesses had filed by early this month.

Analysis from KPMG Scotland suggests this number should have been significantly higher, with the firm expecting more than twice this number based on historical statutory filings.

The regulations, announced in February 2015, were designed to address growing concerns, particularly amongst the SME community, on the severe administrative and financial burdens experienced from not being paid on time.

It also acknowledged that in the worst cases, late payment can lead to insolvency, a point echoed by the Association of Business Recovery Professionals (R3), whose own 2016 analysis found that one in every five insolvencies has overdue payment from customers as a key contributing factor.

The regulation is applicable to companies meeting two of three size criteria, including annual revenues of £36 million, balance sheet asset totals of £18 million, and an annual average of 250 employees. In total, KPMG anticipates the volume of Scottish businesses meeting the criteria to be around 900.

Companies must report on a range of metrics, including their average time to pay invoices and the percentage of invoices not paid within term.

The law also requires businesses to disclose more controversial practices, such as whether they charge contractors to remain on their supplier lists, allowing suppliers the ability to review the payment practices of potential partners.

The public spotlight is expected to encourage slow-paying businesses to improve their payment performance as they will be visible and comparable to their competitors.

Alan Flower (pictured), a director in KPMG’s regional advisory practice, commented: “The new PPPR legislation appears to have flown below the radar, as we’re finding levels of awareness amongst the corporate community much lower than expected.

“However, we’re observing a degree of tolerance from the Government as companies respond to the new requirement.

“The reports filed by the end of last year still only number around 250 businesses across the UK, and the reporting regime is still very much in its infancy.

“Nevertheless, the statistics make for some interesting reading – on average, suppliers are paid punctually only around two thirds of the time, and the average time to pay invoices overall is approaching 50 days.

“We expect both the slow uptake in reporting and these initial results to be of concern to the small business community.

“KPMG in Scotland will be monitoring and reporting on the Scottish results quarterly, and will also assist the larger corporate community to meet their reporting obligations under the new legislation.”