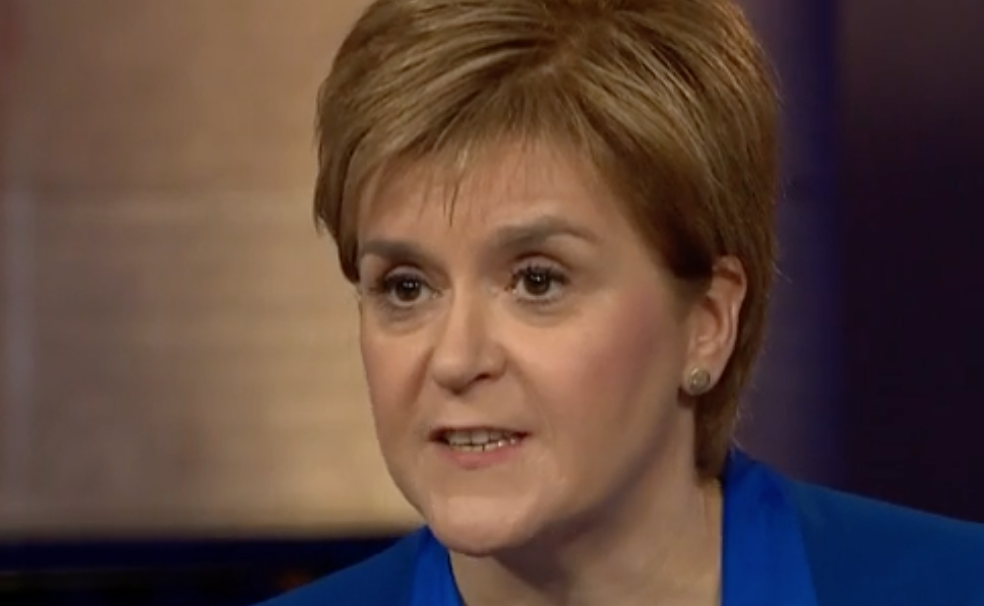 Nicola Sturgeon: ‘these changes are not nearly enough’

First Minister Nicola Sturgeon tonight demanded Scottish businesses speed up the appointment of more women to their boards amid alarming signs that the process is slowing down.

She said “not nearly enough” progress had been made to improve gender equality and there was evidence the process had slowed or even stalled.

Addressing an event hosted by Bank of Scotland she urged businesses to “inject new momentum” into improving women’s representation.

Ms Sturgeon was responding to the  Hampton-Alexander Review which sets out recommendations for FTSE companies to increase the number of women on their boards. Scottish companies are being urged to adopt the recommendations.

The report found the proportion of women on FTSE 100 boards had doubled, from one in eight in 2011 to more than one in four in 2017, but progress was much slower last year.

However, the review found that 27.7% of FTSE-100 board members were women and that rates of progress have slowed with businesses now behind schedule to meet the target of 33% female representation by 2020.

Ms Sturgeon said: “The Hampton-Alexander Review highlights some clear improvements made in boardroom gender equality in recent years. While welcome, these changes are not nearly enough. Indeed, there are signs progress slowed or even stalled in 2017.”

Ms Sturgeon said this year marks the centenary of women’s suffrage in the UK and that it is “an opportunity to inject new momentum into improving female representation – not simply at board level, but across the economy as a whole.”

She added: “As a result of the wide-ranging debate on inappropriate behaviour and sexual harassment against women, there is rightly more scrutiny on equality in the workplace than ever before. There is also increased transparency about board appointments and pay.

“Public tolerance of gender inequality has never been lower. And the reputational damage to organisations that are too slow to make change – be they businesses, political parties or others – has never been higher.

“Many companies now realise that more equal representation in the boardroom, and in senior positions, improves businesses and benefits the bottom line.

“Crucially, it is an important step in achieving gender equality across society, as we work together to create a fairer and more prosperous Scotland.”

The Scottish Government has committed to new legislation to further improve the representation of women on public boards in Scotland. As of December 2017 the percentage of female board members on regulated public boards reached 45.9%.

A total of 217 organisations have so far signed up to the First Minister’s Partnership for Change: 50/50 by 2020 campaign.

The Scottish Business Pledge, which has been signed by 423 companies, includes commitments on workplace diversity and equality.