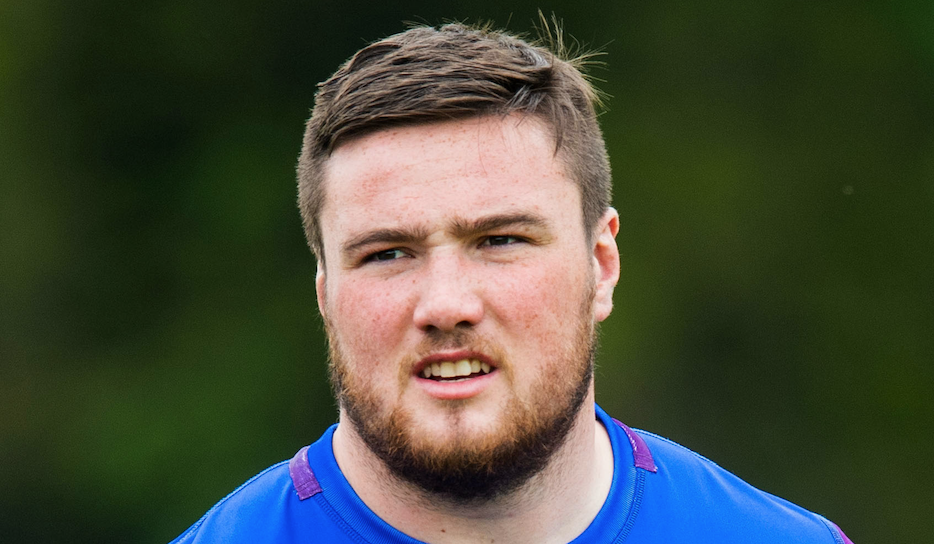 Scotland don’t kick-off their NatWest 6 Nations Championship campaign for another month but Gregor Townsend’s plans have already been disrupted by injuries to key personnel.

Glasgow Warriors prop Zander Fagerson looked a certainty to start his country’s opener against Wales on February 3 but has been ruled out for at least eight weeks after injuring his foot in a freak training-ground accident.

With WP Nel recovering from a broken arm and Simon Berghan suspended, the 15-times capped 21-year-old was set to be given the nod by Townsend for the trip to Cardiff.

It remains to be seen if he will be fit to participate in any Six Nations matches.

Glasgow coach Dave Rennie, who is preparing his side to take on Zebre in Italy in the Pro14 tomorrow, said: “Zander could be out for eight-plus weeks.

“A bench landed on his foot yesterday and, because he’s got to push in scrums, the load that goes through that. Hopefully eight weeks.

“Six Nations is a pretty exciting time for young men, so Zander will certainly miss out on that.”

Scots hooker Fraser Brown, meanwhile, will be sidelined indefinitely as the Warriors seek specialist advice after the 28-year-old suffered a number of head injuries this season.

The concern over Brown comes as former Scotland international Peter Murchie announced his retirement from the game on medical advice after suffering a series of concussions.

The 31-year-old was capped three times and moved to French outfit Stade Nicois last summer as player-coach after eight years with Glasgow during which time he made 116 appearances.

He will shortly return to Scotland to take up a new position with Scottish Rugby’s development programme.

“I was told that I could possibly play again after a prolonged period of rest, but I was always going to retire at the end of the season so it made sense to stop now,” said Murchie.

“I’ve not really had time to look back on my career yet but obvious highlights were the eight years I spent at Glasgow Warriors, what we achieved there and seeing the club grow, alongside winning my Scotland caps, which were a huge honour.

“It’s been my plan to coach for the past 5-6 years and I’ve got my coaching degree and Level 3 now so I’ve done lots of preparation and it is time to throw myself into that and look forward to staying in the game in a different capacity.”