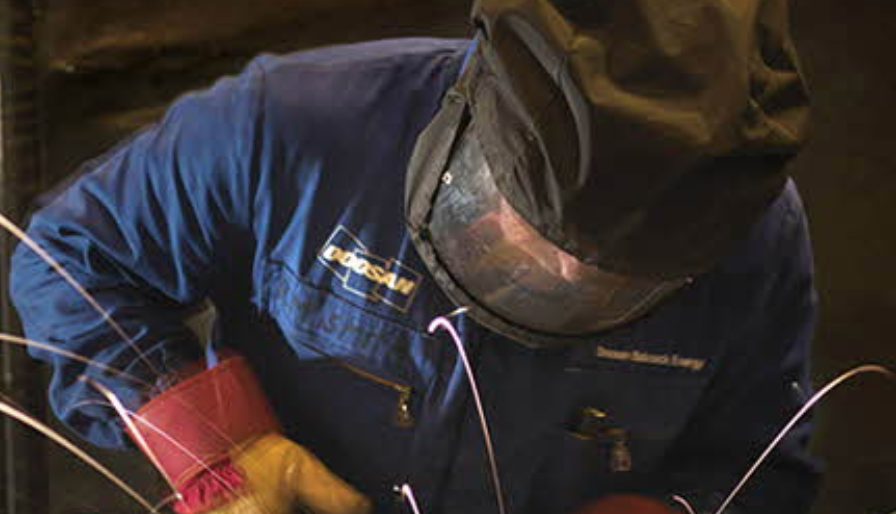 Row over future of Doosan Babock workers raged at the weekend

Doosan Babcock has issued a statement stating that reports last week that 350 jobs were to be axed in Scotland were “misleading”, while announcing that 120 jobs will be lost across the UK.

Labour and the SNP engaged in a fierce Twitter exchange over the weekend following claims of widescale job cuts at Grangemouth and Leavenseat.

On Friday the GMB Union and Scottish Labour leader Richard Leonard called on the government to take action to prevent up to 350 job losses.

Economy Secretary Keith Brown said the company had informed him that 300 of these jobs had not yet been recruited. Business Minister Paul Wheelhouse accused Labour of sinking to a “new low”. 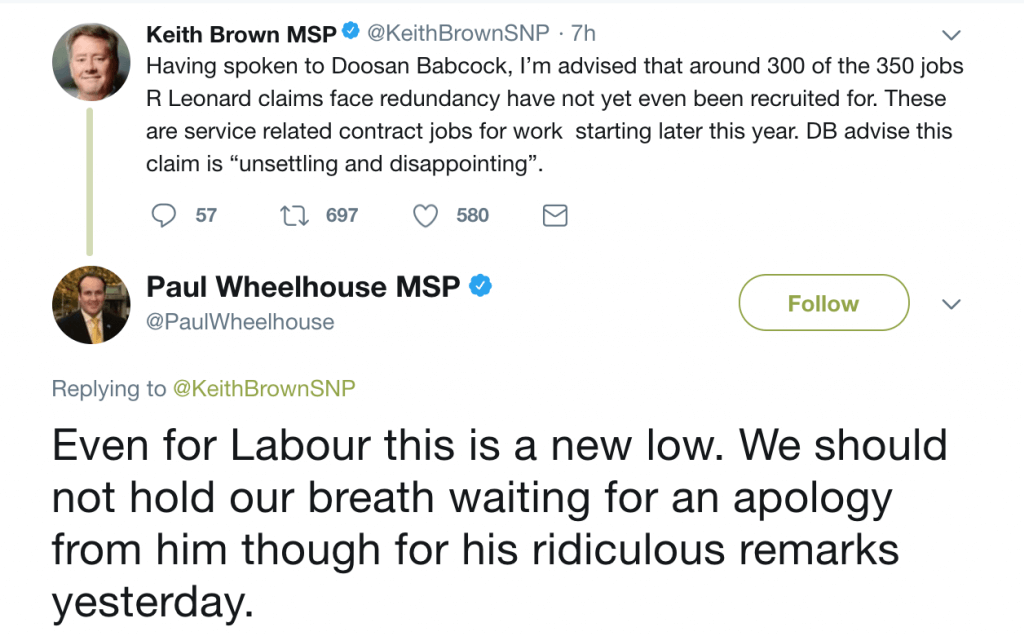 Labour produced redundancy notices that had been issued referring to the job losses.

Today the company said the varied work undertaken by the company involves both routine repair and maintenance which is largely covered by its core workforce and short-term project work.

“Such as the work undertaken at Levenseat and a forthcoming project at Grangemouth, which requires additional skilled individuals to be recruited on a short-term basis.

“This arrangement is typical of our industry and all parties – the company, the short-term workers and the trade unions – are fully aware of these arrangements.

“The forthcoming project at Grangemouth will offer employment to individuals not currently employed by Doosan Babcock at Grangemouth and they will be engaged from mid April 2018 for the project.

“When such a project is approaching an end, the company assesses its workload across its UK portfolio to try to source opportunities for workers to move to other projects where these are available.”

The company said it entering into a consultation process with staff on the potential for up to 120 job losses across its UK facilities as part of a reorganisation programme.

The majority of the positions affected are in management and back-office support services and will primarily be spread across Doosan Babcock’s main UK facilities.

The company employs more than 5,000 people and specialises in providing engineering, aftermarket and upgrade services to the power generation, oil and gas, petrochemical and process sectors.

“To meet these challenges, ensure a sustainable future for our employees and add value to our customers, we are undertaking this review of our organisational structure.

“Unfortunately this will result in some job losses and this is particularly difficult for a company which places great importance on our staff. We will do our utmost to support our colleagues during this unsettling time.

“Until the consultation period has concluded it would be inappropriate to provide further comment.”