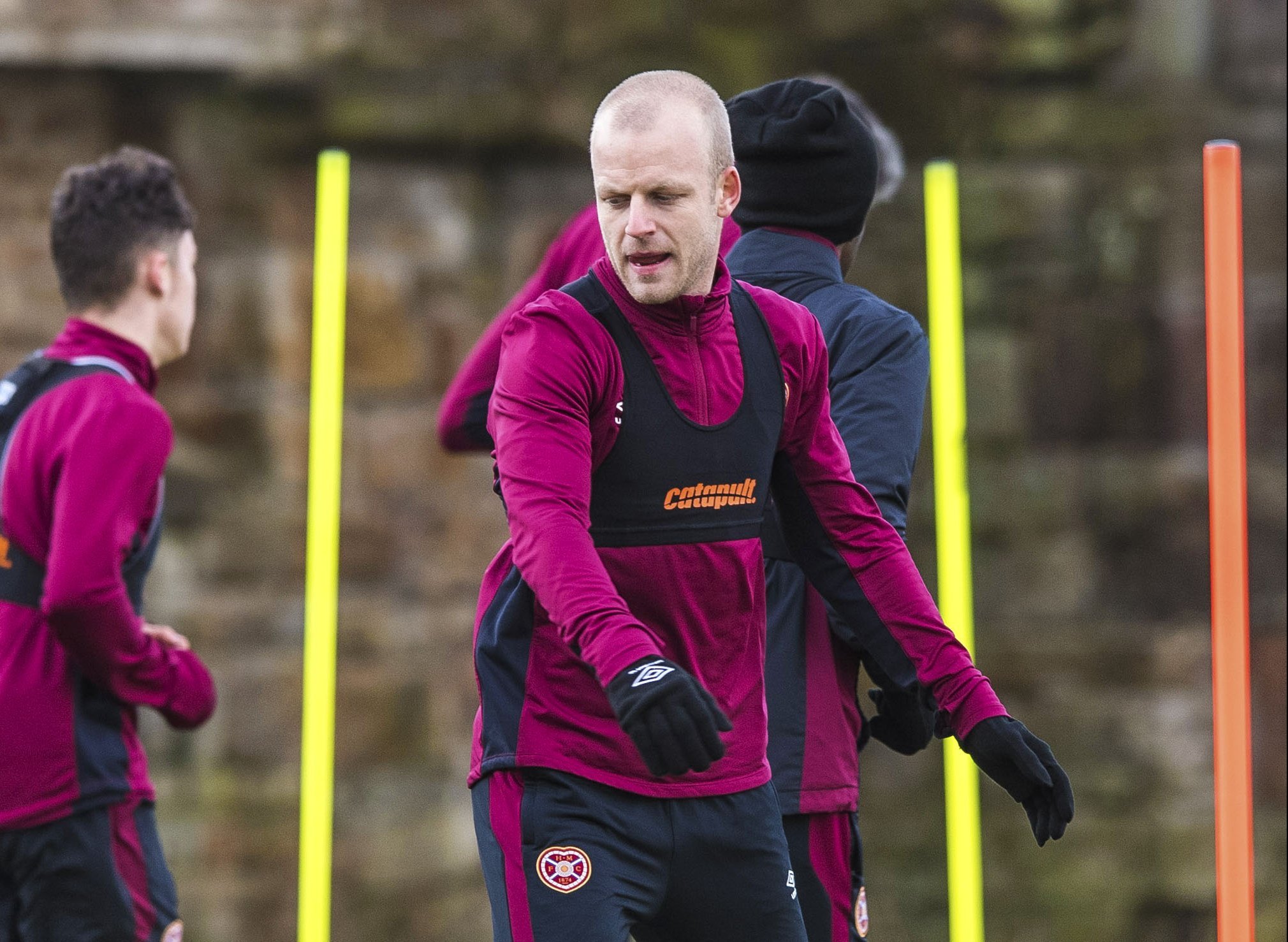 Steven Naismith in training with Hearts ahead of the Scottish Cup clash against Hibs at Tynecastle (pic: SNS Group)

There is never any shortage of interest ahead of an Edinburgh derby and there is intrigue aplenty as the Capital’s big two prepare to lock horns in the William Hill Scottish Cup tomorrow.

The arch rivals have been drawn together in the tournament for the third year running with the green-and-white half of the city having the upper hand.

The Hibees will arrive at Tynecastle looking to deliver a hat-trick of cup KOs to their neighbours and extend their unbeaten run against the Jambos to ten matches.

Hearts on the other hand have found some much-needed backbone recently under Craig Levein, who has overseen a nine-match unbeaten run himself, albeit six have been draws including last month’s stalemate between the teams.

The former Scotland boss engineered something of a transfer coup this week with the loan signing of Steven Naismith from Norwich City, the arrival of the former Rangers star until the end of the season causing quite a stir with the game north of the Border.

If Levein is satisfied with the 31-year-old’s fitness then he will have no hesitation in handing him a baptism of fire in the fourth-round showdown.

“It’s a good one to start so I’m excited for it and I’m really looking forward just to be back involved in football,” said Naismith.

“It being a derby in the Scottish Cup is definitely something that makes it that wee bit more special.

“I know the last one was a draw but it was quite feisty so I’m sure it’ll start like that on Sunday.”

Both teams will be returning to action for the first time after the winter break and Hibs boss Neil Lennon, who was critical of the state of the Tynecastle playing surface in December, said: “The players are ready, they’ve had a good break and I think they are champing at the bit to get out there.

“It’s probably our last real opportunity to win a trophy. You’ll know after five or 10 minutes whether there’s any lethargy there.”

Since the derby on December 27, Hearts have said goodbye to Jamie Walker, the winger having joined Wigan for a reported fee of £300,000. Polish left-back Rafal Grzelak, who joined last summer, has also left the club by mutual consent.

From Lennon’s perspective, he will be hoping that transfer speculation over Danny Swanson, Liam Fontaine and Anthony Stokes fails to distract his players, with the latter seemingly headed for the exit door before the transfer window shuts at the end of the month.