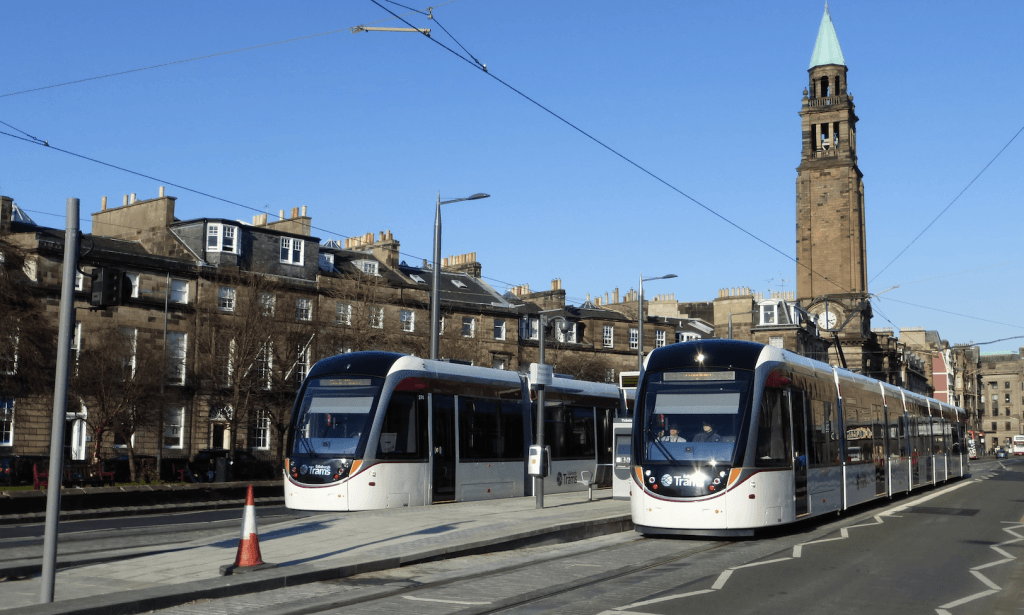 Transport is among the potential gains from the City Deals

City region deals are at risk of losing their potential impact because of “confusion and clutter “surrounding the delivery of projects.

The multi-billion programmes aimed at producing thousands of jobs face “too many overlapping and competing initiatives and a mismatch between the objectives of local government and of the two governments,” says a Holyrood committee.

It claims the roll-out of City Region Deals to Scotland “clearly had a less than auspicious start”.

Last July the UK Government committed  £500 million to a Glasgow and Clyde City Regional Deal. Glasgow City Council and surrounding local authorities indicated they would, in alliance, contribute £130 million of their own money .

The committee notes that “within hours”, the Scottish Government announced that it too would contribute £500m to a City Region Deal set to span 20 years.

However, as the Cabinet Secretary for the Economy, Jobs and Fair Work told the Committee, the Scottish Government was asked only “at the last minute” to co-fund the deal and had had “no prior discussion” or “ability to prioritise or emphasise” certain aspects of the Deal.

“From this less than promising beginning, it is clear from the evidence we have heard, that relations have improved and that there is better partnership working now between the two governments and also with their local authority partners. This closer working relationship is not yet perfect and could be improved.”

There are now four such deals in Scotland that are in either the delivery stage or have reached outline approval: Glasgow (with £1.13 billion of public investment), Edinburgh (£1.1 billion), Aberdeen (£826 million) and Inverness (£315 million), and their surrounding regions. Two further deals for the cities of Stirling and Dundee, plus the wider areas in the central region and in Tayside, are being discussed.

Overall, 83% — 4.5 million people—of Scotland’s population live in the areas that are covered by existing or planned City Region Deals.

The committee says this still leaves “significant” parts of the country not covered by such deals, such as Ayrshire, Falkirk, the Western and Northern Isles and a number of other islands, Argyll and Bute, parts of the South of Scotland etc.

“In our view, there is a danger that the often confused and cluttered policy landscape at local government, Scottish and UK levels runs the risk of reducing the impact that can be achieved from the deals. At present, there are too many overlapping and competing initiatives and a mismatch between the objectives of local government and of the two governments.”

The Committee recommends the two governments work together with HM Treasury to agree a system where the singular focus is on the deal and the projects themselves and not on the artificial boundaries of what is a reserved project and what is devolved.

“The Committee is not convinced that the process for selecting projects is currently working in the way that it should do. The process is too opaque, with not enough information published to explain why certain projects were chosen or otherwise.

“We are also of the view that the process is still too ‘top down’ at local authority level despite some of the efforts to consult and engage with local people and businesses.

“It is too early to make any assessment of the impact that City Region Deals or the individual projects are having in terms of economic growth or job creation. Nonetheless we do share some of the scepticism about what is being promised, particularly in terms of the numbers of new jobs.

“Unless great care is taken, at a more pan-Scotland level, the danger is that investment in the new city regions will simply displace investment and employment creation from other parts of Scotland nearby.

“The Committee is not yet convinced that we have the overall governance structure correct for City Region Deals. We need to see more evidence that both governments.

“We want to see more sustained evidence that engagement with local businesses, the private sector more generally, charities, community groups and local people is meaningful (i.e. that it helps shape deals or projects) and not just a means of informing people after decisions have been made.”

The committee says that it is “perhaps unfortunate” that the name of these initiatives suggests that any such investment must be targeted only at Scotland’s cities and their surrounding regions.

“Whilst we understand that there are great gains to be made in our major urban conurbations, this cannot be at the expense of other towns in Scotland, some of which are larger in population terms that some of our cities, or of our more remote and rural areas.

“In this respect, we welcome the recent developments in relation to the Ayrshire Growth Deal and the work underway through the Borderlands Initiative or as part of the Islands Bill. It is important though that these initiatives are not the ‘poor cousins’ of City Region Deals.

“We welcome the assurances from both governments that their ambition is towards greater coverage right across Scotland.

“At this stage, it is not clear to us how the remoter, rural or other areas outwith Scotland’s cities will benefit from these Deals.

“Such areas have benefited in the past from investment via the EU’s ERDF and CAP Pillar 2 programmes but it is not yet clear whether such funding will continue after Brexit and also how the objectives in these programmes sit the emphasis being placed on city regions.”