Hundreds of firms may be hit 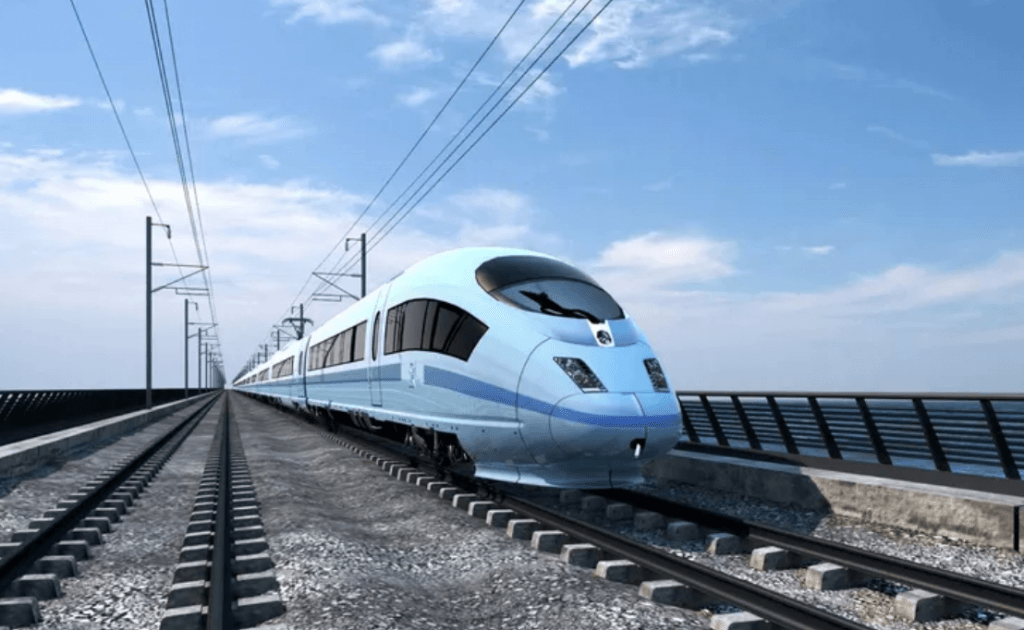 Carillion is a major contractor on the HS2 project

Carillion plunged into liquidation as talks with lenders collapsed on Sunday night after the Government declined appeals to step in with a rescue package.

Hundreds of suppliers will be affected, with fears that many firms could fail alongside one of the UK’s biggest infrastructure businesses.

However, the company’s chairman Philip Green said this morning that the government will provide funds to ensure the public services carried on by Carillion staff, subcontractors and suppliers will continue.

It is believed that a syndicate of banks were in talks to offer up to £300 million in short term funds to ensure work on a number of major UK contracts continues and the jobs of 20,000 UK workers were protected.

Carillion is a major contractor on the HS2 high-speed rail link, with up to £2.2bn of contracts, and a number of public sector projects across the country.

It maintains approximately half of the UK’s prisons, 50,000 homes for the Ministry of Defence and is involved in building a stretch of the £550m Aberdeen by-pass (AWPR). It is also extending the platforms at Edinburgh Waverley rail station and has other contracts with Registers of Scotland, The Scottish Children’s Reporter Administration, West of Scotland Housing Association and NHS Greater Glasgow and Clyde.

The Scottish government said it is in discussions with the liquidators and the UK Government regarding the measures they intend to put in place regarding private sector, Network Rail and UK Govt backed contracts in Scotland to support Carillion employees and to secure the completion of these contracts.

Economy Secretary Keith Brown said: “The Scottish Government has been working to manage or eliminate risks associated with Carillion’s difficulties since July last year and we have contingency plans in place for affected contracts, including the AWPR where the contract contains a mechanism for the remaining two joint venture partners to deliver the project and we expect that work to continue.

“I have spoken to the Secretary of State for Scotland this morning and my officials have also spoken with PwC to establish the situation and should it be necessary we stand ready to support for any affected employees through our Partnership Action for Continuing Employment (PACE) initiative which aims to minimise the time individuals affected by redundancy are out of work.”

In a statement, the company said: “Further to the announcement made on 12 January 2018, Carillion continued to engage with its key financial and other stakeholders, including Her Majesty’s Government over the course of the weekend regarding options to reduce debt and strengthen the group’s balance sheet. As part of this engagement, Carillion also asked those stakeholders for limited short term financial support, to enable it to continue to trade whilst longer term engagement continued.

“Despite considerable efforts, those discussions have not been successful, and the board of Carillion has therefore concluded that it had no choice but to take steps to enter into compulsory liquidation with immediate effect.

Philip Green, chairman, said: “This is a very sad day for Carillion, for our colleagues, suppliers and customers that we have been proud to serve over many years. Over recent months huge efforts have been made to restructure Carillion to deliver its sustainable future and the board is very grateful for the huge efforts made by Keith Cochrane, our executive team and many others who have worked tirelessly over this period.

“In recent days however we have been unable to secure the funding to support our business plan and it is therefore with the deepest regret that we have arrived at this decision.  We understand that HM Government will be providing the necessary funding required by the Official Receiver to maintain the public services carried on by Carillion staff, subcontractors and suppliers.”

David Lidington, Minister for the Cabinet Office, this morning confirmed the Government will continue to deliver all public sector services following the insolvency of Carillion.

Those already receiving their pensions will continue to receive payment, he said. A dedicated web page and helpline have also been set up for workers who may be concerned or have questions about their personal situation.

He said: “It is regrettable that Carillion has not been able to find suitable financing options with its lenders but taxpayers cannot be expected to bail out a private sector company.

“Since profit warnings were first issued in July, the Government has been closely monitoring the situation and has been in constructive discussion with Carillion while it sought to refinance its business.

“We remained hopeful that a solution could be found while putting robust contingency plans in place to prepare for every eventuality. It is of course disappointing that Carillion has become insolvent, but our primary responsibility has always been keep our essential public services running safely.

“We understand that some members of the public will be concerned by recent news reports. For clarity, all employees should keep coming to work, you will continue to get paid. Staff that are engaged on public sector contracts still have important work to do.

“Since its inception in the 1990s private finance has helped to deliver around £60 billion of much-needed capital investment in infrastructure in the UK across a range of projects and we will continue to maintain partnerships with responsible firms in future.”

Dentons, which now owns Maclay, Murray and Spens, has been appointed with Freshfields Bruckhous Deringer to handle legal affairs.

Recriminations over the collapse ranged from calls for a review of procurement practices, to questions over why the government continued to award contracts to Carillion knowing it was in trouble.

Questions asked about scrutiny of the company’s books. Carillion’s auditors KPMG not only approved the company’s financial statements, but had said that the construction firm would be fine for the next three years.

Frank Field MP, chairman of the Work and Pensions Select Committee, said the crisis could have been averted if the government had acted on its advice.

“Carillion took on mega borrowings while its pension deficit ballooned,” said Mr Field. “We called over a year ago for TPR to have mandatory clearance powers for corporate activities like these that put pension schemes at risk, and powers to impose truly deterrent fines that would focus boardroom minds.

“If Government had acted then, the brakes might have been put on Carillion’s massive ramping up of debt and it never would have fallen into this sorry crisis. It seems we have a new case like this every week, and this one is particularly disastrous, with massive job losses and 28,000 current and future pensioners at risk. I would like to ask the Government today: what more is it going to take?”

Trade Union Unite said that under current Labour laws, employers with a workforce more than 20 workers at one location are legally obliged to give employees 30 days’ notice of possible redundancies.

“Carillion have demonstrably failed to do that. As a result, Unite is set to take legal action to preserve workers’ rights in the face of the irresponsible actions of Carillion directors,” said Unite in a statement.

The GMB called on Prime Minister Theresa May to act immediately to take Carillion contracts into public ownership.

The union called for a “full and transparent inquiry” into the provision of public services by private sector contractors once jobs and services were secured.

Opposition MPs have questioned why the government continued to reward the company even after its troubles were made public.

On 10 July last year Carillion revealed its chief executive Richard Howson was stepping down. But just a week later on 17 July the Department for Transport awarded the Carillion joint venture CEK, consisting of Carillion, Eiffage and Kier, two big contracts for HS2 worth £1.34bn.

On 6 November Carillion announced it had won two further contracts from Network Rail. On 17 November, the company issued its third profits warning in five months and said it would breach its covenants, sending its share price even lower.

Jon Trickett, Labour’s spokesman for the Cabinet Office, said: “It has been clear for months that Carillion has been in difficulty but the Government has continued to hand over contracts to the company even after profits warnings were issued.”

Whitehall insiders have said the HS2 contracts had been “stress tested” to ensure that if one contractor pulled out, others in the consortium were able to fill the gap.

After Mr Howson left, former Stagecoach and Weir Group boss Keith Cochrane took temporary charge. Andrew Davies from Wates Group is due to take up the position permanently on 22 January.

Talks have extended to protecting its pension fund which is £580m in deficit. Shares in the company have crashed, reducing the value in the company from £2bn to just £61m.

However, Kiltearn Partners reduced its stake from the end of last year from 9.85% TO 4.9%.