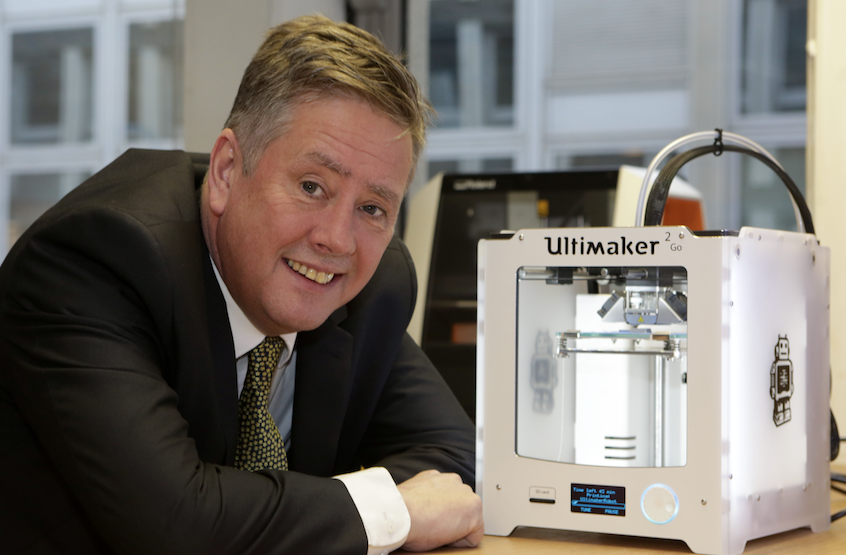 A new new testing lab for technology firms was opened in Edinburgh by Economy Secretary Keith Brown who said more talks were taking place over improved financing for start-up firms.

Mr Brown said calls from Codebase chairman Jamie Coleman for a bigger venture capital base in Scotland was being heard and that he was considering his ideas.

Mr Coleman has been a long-time advocate of a more active venture capital sector, arguing that more government money used for economic stimulus should be channeled towards professionals to pick out the winners and take the risk. This, he says, would be preferable to  the current scatter-gun approach to financial support.

“I agree that we need a greater venture capital presence in Scotland,” said Mr Brown at the launch of the first Eagle lab in Scotland funded by Barclays Bank in partnership with Codebase.

“James has made his views known and we are also keen to get venture capital providers from London to come here.”

Mr Brown said there were also ongoing discussions over the operation of the enterprise agencies, with greater emphasis on ensuring they were not duplicating effort or competing, but were collaborating.

He repeated the First Minister’s message that Scotland needs to become a manufacturer and not just a consumer and he saw the development of facilities such as the Eagle Lab as a step towards that goal.

Barclays’ investment, first announced last November, will provide a space for businesses and communities to learn about innovative technologies and boost digital skills.

The entrepreneurial companies which will be using the facilities include Machines with Vision, whose localisation mapping technology can be used to position and guide self-driving vehicles, and Holixica, a specialist in 3D visualisation technologies including digital holograms and holographic video displays.

The lab is the 14th launched by Barclays in the UK.