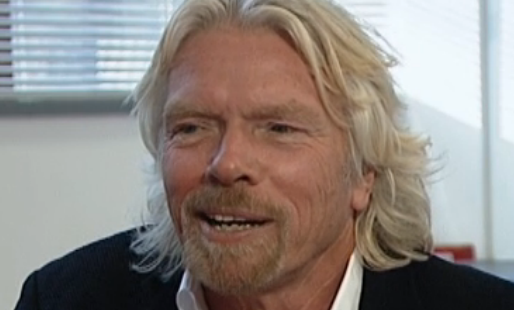 Sir Richard Branson: ‘we must not moralise on behalf of others’

Virgin Trains has reversed its decision to remove the Daily Mail on its West Coast trains following intervention by Sir Richard Branson and Sir Brian Souter.

The paper, which sold 70 copies a day, was banned after complaints by staff about its policies on immigration and gay rights.

Virgin founder Sir Richard has now called on Virgin Trains to restock the paper and  undertake a full review of its sales policy.

In a blog he says the company should make clear “that this policy should not single out individual media titles.”

The decision prompted a backlash from a range of commentators who accused the company of censorship.

Sir Richard writes in his blog: “The decision was made in response to feedback from some of our Virgin Trains employees. Brian [his Stagecoach business partner] and I respect our people when they make decisions and we listen to their views.

“But we must also listen to the concerns voiced widely this week – by those who agree with The Mail’s editorial stance and those who vehemently disagree with it – that this move has been seen as censorship.

“Freedom of speech, freedom of choice and tolerance for differing views are the core principles of any free and open society.

“While Virgin Trains has always said that their passengers are free to read whatever newspaper they choose on board West Coast trains, it is clear that on this occasion the decision to no longer sell The Mail has not been seen to live up to these principles.

“Brian and I agree that we must not ever be seen to be censoring what our customers read and influencing their freedom of choice. Nor must we be seen to be moralising on behalf of others.

“Instead we should stand up for the values we hold dear and defend them publicly, as I have done with The Mail on many issues over the years.”

Sir Richard said he was not aware of the decision to remove the Mail from the on-board shop in November and first learned of it through media reports.

A Daily Mail spokesperson told trade publication Press Gazette: “We welcome Sir Richard Branson and Brian Souter’s support for freedom of speech, which is a cornerstone of our democracy, and his decision to instruct Virgin Trains to restock the Mail.

“We are sure the many Mail readers who travel on Virgin Trains will be delighted.”