Barr moves up to head of deals at PwC 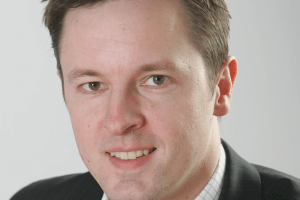 PwC has appointed director Alan Barr to head of deals in its Aberdeen Oil & Gas Centre of Excellence, rewarding his commitment and contribution towards the development of the practice.

Alan is a key member of the firm’s deals practice, having spent nearly 20 years in M&A and the last 10 years leading the transaction services team in Aberdeen.

In this role he has worked throughout the Oil & Gas sector with over 90 deals so far including recent flagship transactions for Shell and Wood Group.

His new appointment came into effect on 1 January 1 and will be accompanied by further investment into the PwC Deals team.

He said: “Having been based in Aberdeen for the last decade, I’ve already worked through a number of market ups and downs.

“Looking into 2018 and beyond we are excited about the opportunities and challenges that are coming as growth becomes more sustained.

Aberdeen office senior partner, Kevin Reynard said: “Alan’s experience in transaction services goes back 20 years so it’s only right that his dedication and insight are recognised.”