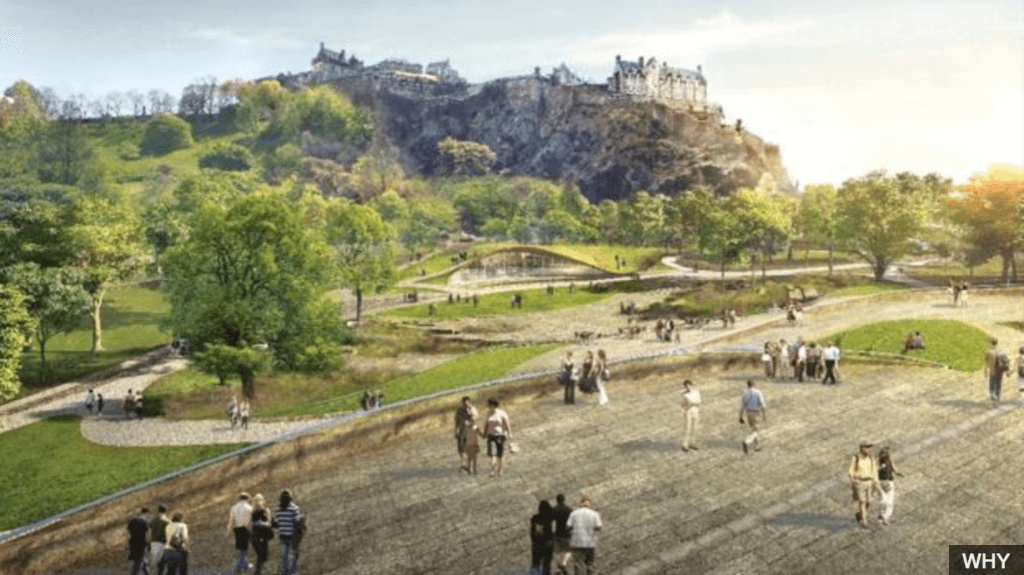 Winning scheme: questions over who will maintain it

A replacement for the delapidated Ross Bandstand in Edinburgh’s Princes St Gardens has been put on hold while a dispute over its long term maintenance is resolved.

Concerns over who will be responsible for the new structure has led to behind-the-scenes wrangling over who will foot the bill for keeping the new building in good repair, according to a report.

A winning design was chosen five months ago by the Ross Development Trust, which was set up by hotel developer Norman Springford who has been a long time campaigner to get the project off the ground.

The trust has insisted it cannot proceed with any further design work until it has clarity on the upkeep of the new facilities which would be in use all year round.

The delays are understood to have pushed back the 2019 completion date.

There are also fears that the gardens could be spoiled by further commercialisation around the new structure.

American architecture firm Why won against competition among 125 teams from 22 countries.

The trust is still hopeful of a deal with city council by March which would allow the project to proceed.

However, one of the trustees, Andy Neal,  said: “The development agreement we have goes as far as fundraising and building, but there is nothing beyond that.

“The question being asked is, ‘How can we be assured that if we build something it doesn’t gradually fall into disrepair through under-investment?’ The current bandstand … is testament to what can happen.”