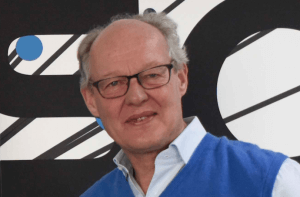 Ascensos, the Scotland-based contact centre company, is to double the size of its facility in Bucharest.

Located in the city’s Frunzei building, the centre will see headcount rise to 200, marking a significant milestone in its international plans.

Ascensos established operations in the Romanian capital in 2016 following the acquisition of the Dutch business, HECC.

Retail clients with a European footprint are attracted to the Bucharest facility due to the multilingual skills of the Ascensos team.

Ascensos also operates three contact centres in Scotland, one on the Isle of Wight and another in Boxtel, in the Netherlands. The company employs up to 1,600 customer service staff.

Attending the official opening of the Bucharest centre, Dermot Jenkinson (pictured), executive chairman, said: “As an international business we have invested further in Bucharest as it provides a high calibre workforce; strengthens our multi-lingual capabilities and continues to expand our operations beyond the UK as we grow and scale.”