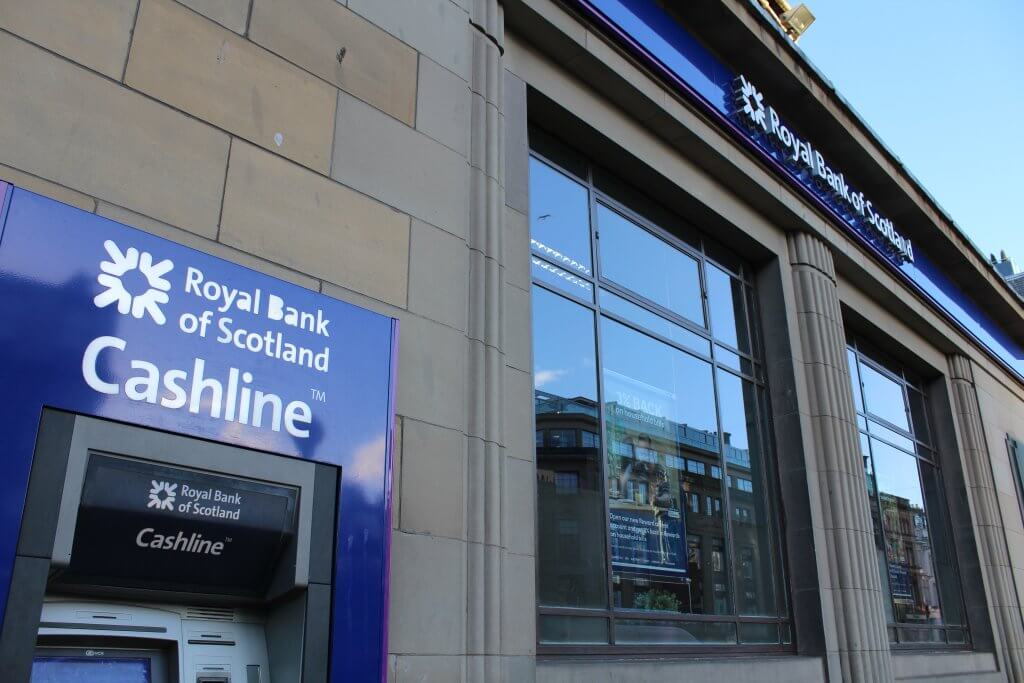 Trade union Unite wants the Scottish Government to demand Royal Bank of Scotland reverses its plan to close a third of its branches in the country.

Unite deputy general secretary Mary Alexander has written to the Scottish Business Minister Paul Wheelhouse seeking a meeting to ascertain what action the Scottish government can take “to avert the social catastrophe” that is likely to follow the implementation of these current plans.

RBS will shut 259 branches across the UK between May and June next year, including 62 in Scotland. It will leave just 743 operational branches, of which 85 will be in Scotland where 165 staff are impacted and 680 across the UK.

Regulation of banking is a matter reserve to Westminster and Mr Wheelhouse has already written to the UK Treasury saying he is “deeply concerned” at RBS’s announcement that it is to make “further deep and damaging cuts” to its branch network in Scotland.

“I am sure that you will also have concern at the rate of branch closures at RBS, and Nat West,” he said. He has called on the UK Government to establish and enforce a guaranteed minimum level of service provision for essential banking services, recognising the importance of continued access to banking for communities across Scotland, and across the UK.

Ms Alexander notes in her letter: “Some years ago – during a previous closure programme – the directors of RBS made a pledge that they would never close one of their branches when it was “the last bank in town”. The bank has long ago reneged on that promise.

“The bank says it is the Royal Bank for Scotland. Tell that to the folk in Bannockburn, Beauly, Biggar, Carnwath, Castlebay,Corrie, Douglas Lanarkshire, Gretna, Inveraray, Kilwinning, Melrose,Stepps,Tongue.”

She adds: “The plans are not actually about inefficient, under-used services for the most part. They are about money, and making more of it for RBS shareholders.  We actually believe RBS is morally bankrupt.” 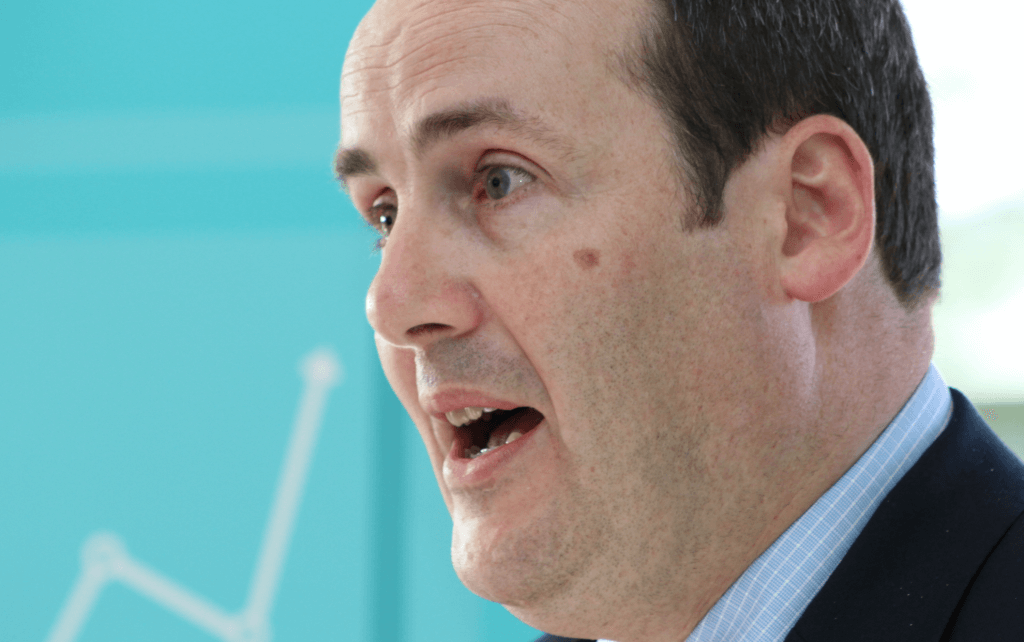 Unite Scotland also believes that RBS has failed in its duty to consult local communities affected by potential closures. The letter notes: “The directors and executives of RBS are obligated to consult with local communities about local branch closures. Whether this has actually been done across Scotland, seems at this stage to be at least open to serious question.

“The public outrage which is developing in local communities as the closure programme comes to light seems to attest to that.”

The letter confirms comments made by Ms Alexander and Scottish Regional Officer, Lyn Turner at a media briefing on Friday when they pointed to a survey from Accenture showing that more, not fewer, customers are using branches than in 2010.

The union officials also highlighted the problems faced by small businesses wanting to deposit cash which cannot be done online and said wi-fi service is some areas made online banking difficult.

I am writing to you on behalf of Unite Scotland. We have been in negotiation with RBS / NatWest regarding their proposed branch closures. These meetings have embraced the branch closures across the UK. Our Scottish Regional Officer, Lyn Turner, has specifically been involved with the Scottish element of the closures.

RBS presented its Business Plan to Unite officers on 1 November and we had our first consultation directly with the company on 8 November. Unite’s view of this so-called consultation is that the bank officers sought to inform us simply about the closures about which they were not prepared to consider any negotiation.

We note that you were quoted in reports on Friday 1 December as saying that the closures were “seriously concerning” and would leave “large areas of Scotland with limited coverage”.

We too are extremely concerned about the RBS proposals and the serious effects that they will have for communities across Scotland, RBS customers and staff. In this regard Unite Scotland is seeking a meeting with you, at your earliest convenience, to consider what the Scottish government is going to do to  convince RBS to change course to avert the social catastrophe that is likely to follow the implementation of these current plans.

….Biggar is fairly typical of the difficulties that will ensue from closure. The RBS branch is the ‘last bank in town’. Its closure breaks promises given by RBS some time ago that it would not undertake closures in such circumstances. The nearest alternative branch is in Carnwath 7.5 miles away. However, it too is earmarked for closure, leaving the Lanark RBS as the nearest – 12 miles from Biggar.

RBS has suggested that digital banking is the answer to most people’s banking needs. What happens in places like Biggar, the Borders or indeed the Highlands which are all notorious for poor wi-fi reception?

What happens if you are elderly or infirm and cannot make the journey or indeed if you are poor don’t own a car and are dependent on a bank visit to cash welfare benefits?

Those issues concerning access to cash withdrawal are matched by small business problems with deposits. What do the butcher, the baker and the candlestick maker do with their takings at the end of the business week – put them under the bed until the RBS mobile van arrives whenever that is? ATMs iPads and smart phones do not take cash deposits.

Unite Scotland does not accept the figure given by RBS that only 1% of customers use branch visits to make money transfers. Early in 2017, the global consultants, Accenture, conducted a considerable international survey on bank use which included consulting more than 3000 bank customers in the UK.

Its results showed that bank usage is actually at its highest level since 2010. It found that more than half of bank customers – 53% – regularly access branch bank services compared to 47% seven years ago. That change is statistically significant.

Our own anecdotal evidence from our members supports these findings – indeed the 500 branch closure programme already completed in Scotland by RBS guarantees that most standing branches are extremely busy.

As we have already noted above some years ago – during a previous closure programme – the directors of RBS made a pledge that it would never close one of their branches when it was “the last bank in town”.

The bank has long ago reneged on that promise and now seems to treat it as no longer significant. That is demonstrated by the fact that in this round of proposed closures 13 towns will lose their last bank. RBS says is the Royal Bank for Scotland. Tell that to the folk in Bannockburn, Beauly, Biggar, Carnwath, Castlebay, Corrie, Douglas Lanarkshire, Gretna, Inveraray, Kilwinning, Melrose, Stepps,Tongue.

It seems pertinent in this regard to consider if a bank which has been bailed out to the tune of £45bn by the taxpayer and is, as a result, 71% owned by the taxpayer doesn’t have some sort of social and community obligation to continue to provide vital bank services in areas which desperately need them.

The directors and executives of RBS are obligated to consult with local communities about local branch closures. Whether this has actually been done across Scotland, seems at this stage to be at least open to serious question. The public outrage which is developing in local communities as the closure programme comes to light seems to attest to that.

We hope that the points made here illustrate our concerns about the RBS effectively. We look forward to hearing from you regarding the possibility of an early meeting so that we might discuss alternative proposals to those of RBS.