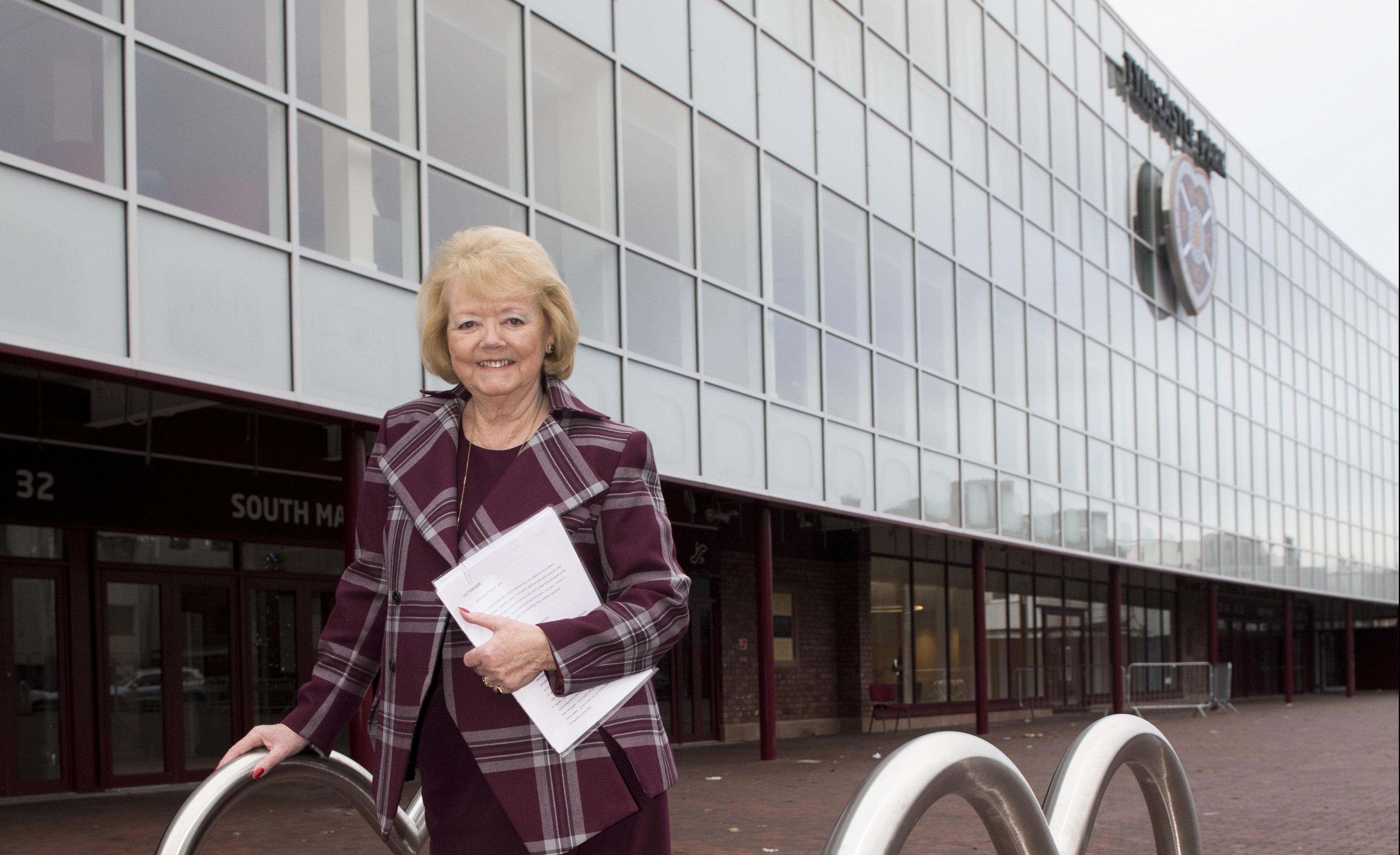 Ann Budge told shareholders the final cost of the new main stand will be £3million over budget at £15m (pic: SNS Group)

The cost of the redevelopment of Tynecastle is likely to be £15million, £3m more than the original estimate.

The construction of the new main stand will not be complete until next year, although Mrs Budge indicated the new facility would generate an additional £1m per year for the club once it was fully functional.

Anonymous benefactors have pledged a further £1.5m. towards the costs of those works, having already put £3m into the project.

Naming rights for the new stand also came under discussion and while Mrs Budge refused to rule out such a scenario, she said it would take ‘a lot of money’ for a proposal to be seriously considered.

The club is also planning yet another resurfacing of the pitch after two recent replacements, this time with a hybrid surface similar to that used at BT Murrayfield.

The cost, according to Mrs Budge, could be as much as £1m.

Director of Football Craig Levein, who replaced Ian Cathro as manager early in the season, was also in attendance and took questions from the floor.

“We got a real fright in January, when mistakes were made. We are trying to limit mistakes but I don’t think we’ll ever get to a point where we don’t make any.”

The 111th AGM was attended by around 400 shareholders.