Springfield on track for maiden dividend Sandy Adam led Springfield on to the stock exchange

Springfield Properties is on target to declare its first dividend since the flotation in October and will be submitting plans for another 3,000 home village at Durieshill, in Stirling.

The Elgin-based company raised £25m on admission to the Alternative Investment Market and a trading update for the six months to the end of November it said good progress was being made in its private and affordable housing divisions.

It expects to report revenues for the first half of 2017/18 in line with management’s expectations and declare an interim dividend for the period.

Progress was made with its first village, Dykes of Gray in Dundee, where sales are ahead of target for the year.

In September, the first homes at Springfield’s new 3,000 home village in Perth went on sale and work on site commenced.

The company will shortly be submitting the plans for another 3,000 home village at Durieshill, in Stirling, for planning approval and the legal agreement for 870 of 2,500 homes for a village at the south of Elgin is being finalised.

The affordable housing division also continued to perform as expected. The company built the 70,000th affordable home in 10 years.

Interim results will be published in February. 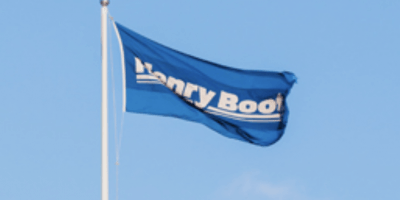