Change at top of diagnostics firm 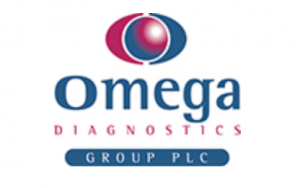 Omega Diagnostics, the Scottish food tolerance and testing company, has announced that its founder and chief executive Andrew Shepherd has agreed to step down and resign from the board with immediate effect.

The Alva-based company said he will remain with the group as global ambassador – life president and will be succeeded by Colin King, currently chief operating officer.

Since being established in 1987, focused on allergy, food intolerance and infectious disease Omega has built an extensive distribution network in more than 100 countries.

In September 2006, Mr Shepherd led the company through an IPO and has been instrumental in growing the group since its first acquisition of Genesis Diagnostics and Cambridge Nutritional Sciences in August 2007.

David Evans, chairman, said: “Firstly, I would like to thank Andrew for not only establishing Omega over thirty years ago but for his passion and commitment to the business since then.

“Andrew commands a huge amount of respect both internally and externally and I am hoping that in his new role as global ambassador for the company that respect will make the process of adaptation easier and allow Andrew to help the company deliver on his and the company’s vision.

“Secondly, a transition of this nature is one that all of us recognise will have its challenges as employees, customers and partners adjust to Andrew undertaking a different role. It also brings new opportunities for the company and I believe we can capitalise upon these in the months ahead.

“Thirdly, Colin King, who was brought into the company in 2015 as part of a planned succession process will now have the opportunity to drive Omega onto the next level.

“The challenges in front of us are obvious and I know that Colin is up for the challenge and that he, along with all of us at Omega will deliver in a meaningful way for the benefit of all stakeholders.”

Mr Shepherd said: “The last 30 years have been a real mix of excitement and challenges and some disappointments of course.

“It has been an absolute pleasure to experience Omega corporate life and the science that we use on a daily basis, and to create and investigate new opportunities and interactions with so many people around the world.

“The company is now moving into an accelerated growth phase and there are some very exciting times ahead.

“With Colin’s appointment as CEO I feel he is very capable of delivering the next phase of growth and I wish him all the best with the task ahead.”

Mr King added: “It’s a great privilege and honour to follow Andrew as CEO of Omega after building the company over the past 30 years.

“Although we have some short term challenges, I firmly believe that we can deliver our accelerated growth strategy to the benefit of all stakeholders and I will do my utmost to ensure the company’s success.”

Regarding the outlook for the firm, Mr Evans said: “Our food sensitivity business remains a key growth driver for us and it is clear that long term opportunities remain, particularly in the US where we now have three partner companies.

“Certain growth initiatives are taking slightly longer to bear fruit and thus, we now anticipate a slower build up in revenue in this and the next financial year, compared to our original expectation.

“Overall, we remain confident about our long term prospects.  Whilst we are experiencing a number of short term headwinds in our core business, we believe that the impact will be more than mitigated by the success we expect from positive achievements over the medium term as we complete the commercialisation of key products for Allergy, Malaria and now CD4.”

Financial highlights for half year to the end of September

·      Likely impairment of up to £0.8m in second half of the financial year to carrying value of Allergodip intangible asset