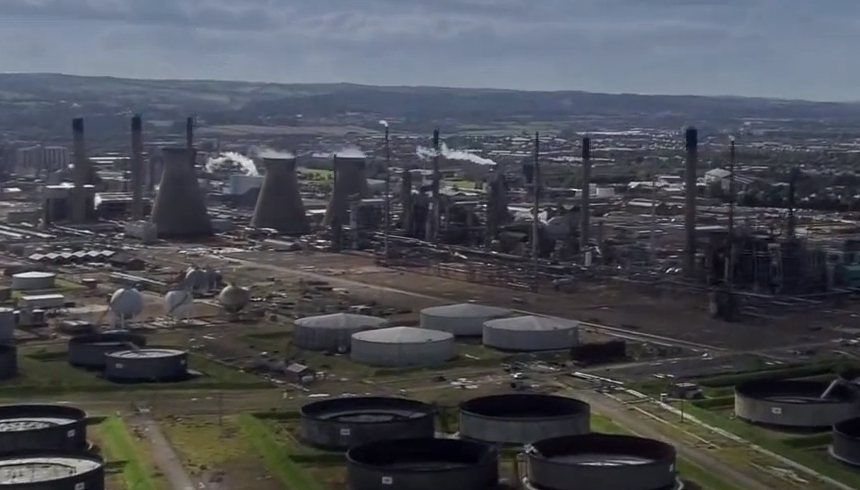 Oil prices rose overnight after a major pipeline was forced to close when a crack was discovered.

Brent crude rose 2% to just under $65 a barrel, its highest since mid-2015, because of the damage to the Forties pipeline at Red Moss near Netherley in Aberdeenshire.

It was understood that the two largest platforms in the UK – Buzzard and Forties – are among more than 80 North Sea platforms that have been temporarily shut down.

Serica Energy said this morning it has been informed by the operator of the Erskine field that the pipeline “will be unavailable, potentially for some weeks”, while repairs are carried out to a hairline crack.

“During this period the Erskine field, along with the other fields that use the pipeline, which include the BKR Assets [Bruce Keith and Rhum] will be unable to produce.

“This will impact Serica’s production guidance for the year to 31 December 2017, which has been revised to approximately 2,000 boe per day net to Serica from the Erskine field.”

The pipeline carries 40% of North Sea crude for processing at Grangemouth and was recently acquired by Ineos which said it could be shut for about three weeks.

Analysts said there could be a short term impact on petrol forecourt prices, though the most likely effect would be on industry.

Supplies of oil and gas would be maintained by reverting to interconnectors with with the continent.

Ineos said in a statement: “Last week during a routine inspection Ineos contractors discovered a small hairline crack in the pipe at Red Moss near Netherley.

“A repair and oil spill response team was mobilised on Wednesday, after a very small amount of oil seepage was reported.

“Measures to contain the seepage were put in place, no oil has been detected entering the environment and the pipe has been continuously monitored.”

The company added: “A 300m cordon was set-up and a small number of local residents were placed in temporary accommodation as precautionary measure. The pipeline pressure was reduced while a full assessment of the situation was made.

“The incident management team has now decided that a controlled shutdown of the pipeline is the safest way to proceed.”

Ineos said the shutdown would “allow for a suitable repair method to be worked up based on the latest inspection data, while reducing the risk of injury to staff and the environment”.

A UK government spokesman said: “There is no security of supply issue for fuel or gas supplies as a result of the repairs needed to the Forties pipeline.

“The government will continue to liaise with industry operators to monitor the situation to ensure repairs are undertaken as quickly as possible.”

A spokesman for BP said: “Ineos has been in regular contact with us since this issue came to light last week, as per protocol. Ineos requested, and we have initiated, a temporary shutdown of production through our Andrew, Etap and Bruce hubs until this is resolved.

“We will continue to liaise with Ineos and offer any support we can to help bring this situation to a successful conclusion as quickly as possible.”

Deirdre Michie, chief executive of Oil & Gas UK, said: “We have been in touch with Ineos and are closely monitoring the situation and hope this can be resolved safely and as quickly as possible.”

David Hunter, an analyst Schneider Electric, said: “There are contingency plans to manage an outage of this nature. It is impacting on short term prices.”