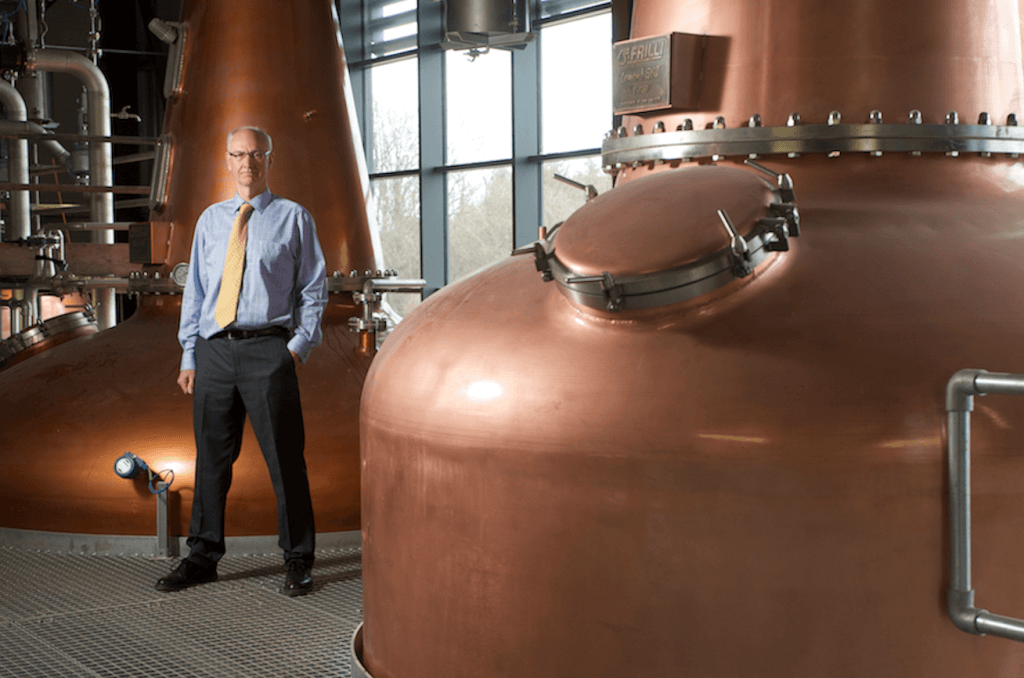 Fife distillery InchDairnie has underlined its innovative intentions by declaring that its first release will be a groundbreaking rye whisky.

Ryelaw is made with a high proportion of malted rye, the key component in American rye whiskey, and also malted barley, the key ingredient in Scotch whisky.

It will be filled into casks for maturation until it is judged to be ready for bottling, at which point it will be the first release from the plant in Glenrothes, which opened in May last year.

The creation of Ryelaw marks what is believed to be the return of the use of rye in Scotch whisky for the first time in more than 100 years, and the culmination of a meticulously developed year-long project at InchDairnie.

Ryelaw is inspired by a discovery made by InchDairnie’s managing director Ian Palmer; the unearthing of evidence in the 1908/9 Royal Commission Report on Whisky and Other Potable Spirits that shows rye was historically commonly used to make Scotch whisky more than 100 years ago.

He combined this finding with his desire to fuse whisky tradition with innovative technology.

When it is released, Ryelaw will become part of the core range being created at the distillery that will include other innovative whiskies, and a single Malt Scotch whisky, which is expected to be available in around 2029.

Of his decision to create a whisky using rye, Mr Palmer said: “Our intention with the distillery right from the start was to push the boundaries of flavour in whisky using a combination of our experience and new technology while remaining true to whisky’s traditions.

“Creating this ‘rye whisky’ is one of many experimental ideas we had in mind when we built the distillery and one of the reasons we chose to install specific equipment that others do not have such as the mash filter and Lomond Hill still.

“We’ve spent a year researching and developing this and now we’re incredibly excited to be ready to start distilling.”