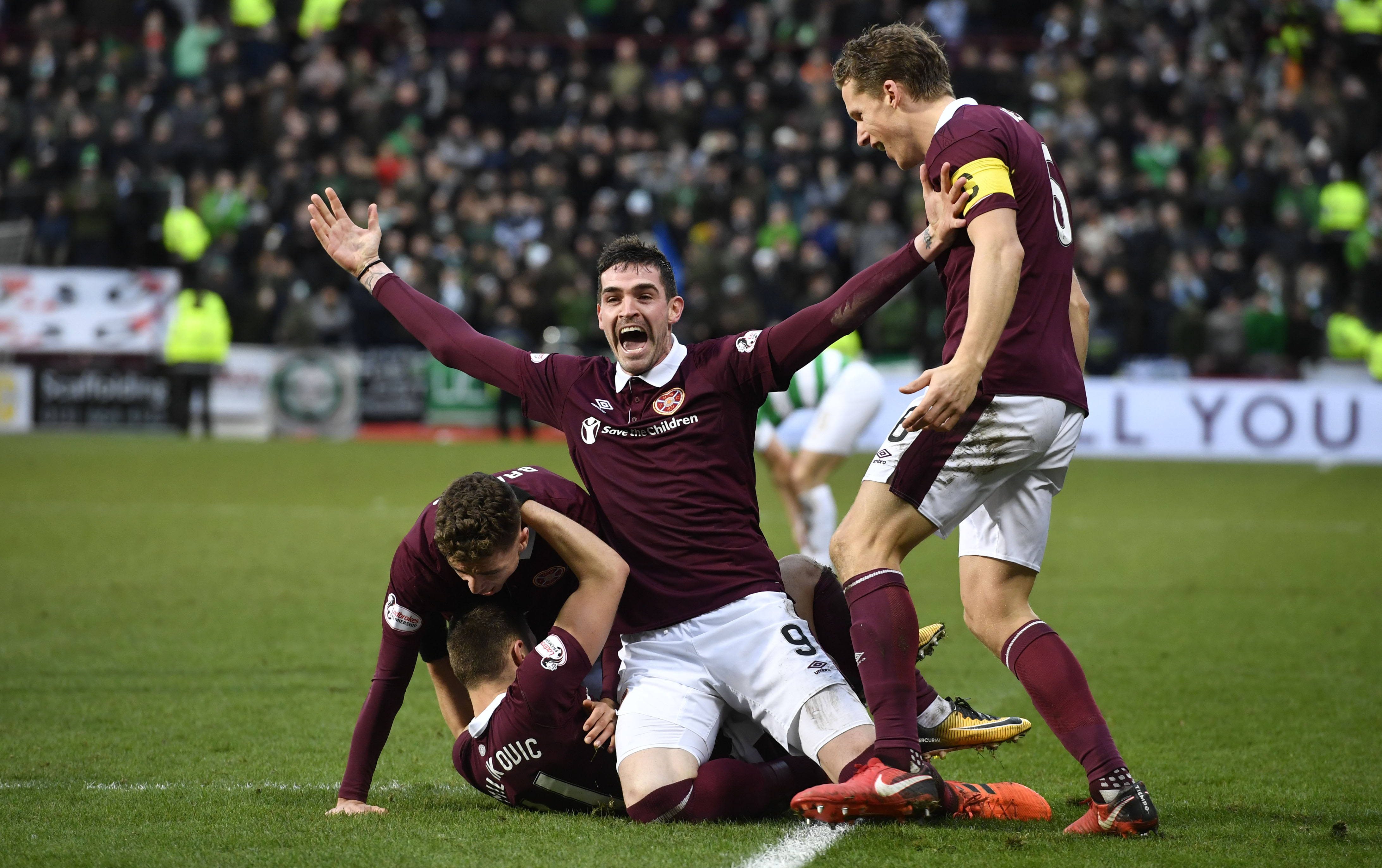 Celtic’s 69-game unbeaten run in domestic football came crashing to a halt at Tynecastle as Hearts swept aside the Scottish champions.

It was a stunning result for the Jambos who dominated the 90 minutes and thoroughly deserved the three points for the third match running.

It is the champions’ first domestic loss since being defeated 2-1 at St Johnstone on 11 May 2016 – 585 days ago – and Brendan Rodgers’ first as Celtic manager against Scottish opposition.

The unbeaten run began under Rodgers’ predecessor Ronny Deila when Motherwell were thrashed 7-0 on the final day of last season.

The performance of 16-year-old Cochrane, making only his fifth start, added an extra talking point to a thrilling afternoon.

Hearts boss Levein was quick to praise his opponents.”I must complement Celtic,” he said. “To go this far without losing a match in the league or cups in Scotland is quite remarkable. I am probably even prouder of my players because we have managed to break that run.

“They played honestly today. They did everything they could to run the miles they needed to shut Celtic down. They put pressure on the ball and managed to unsettle Celtic as a team. All credit to the players.

“They gave themselves, each other and the supporters absolutely everything they had. I was thrilled with the interaction between the players and supporters. You could hear the noise with the new stand, and it was hugely pleasing to hear that.”

After suffering his first defeat as Celtic manager against Scottish opposition, Brendan Rodgers praised Hearts for their display, saying: “I need to give credit to Hearts. It’s a thoroughly deserved win; they were the better team.

“We didn’t cope with their physicality, we made too many mistakes. We could have played five games today and not scored a goal.

“But I also want to congratulate my players. To have gone through 69 games and this to be their first defeat; of course it’s a sore one when you are beaten like that but they can hold their heads up.

“They have been absolutely amazing over those 18 months.”

Celtic are two points ahead of Aberdeen at the top of the Premiership. Hearts remain in fifth place but are now just three points behind city rivals Hibernian, who visit Tynecastle on Wednesday, 27 December.

One lucky Glasgow punter was raising a glass to Hearts’ historic win having scooped £1000 after backing £5 on the home side winning 4-0 at odds of 200-1.

A Hibs fan was also toasting the Jambos’ victory after netting over £300 on the result but it was a case of what might have been for Raymond Mills.