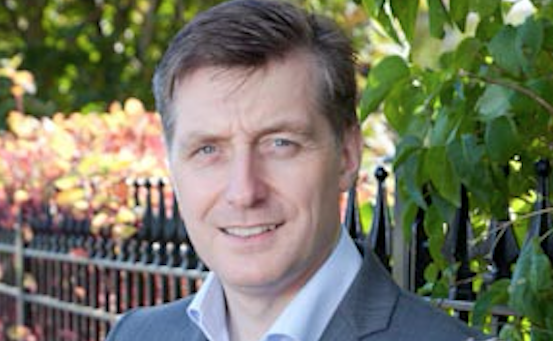 Simon Howie: “We had a few lucky breaks”

Entrepreneur Simon Howie has sold Mermaid Panels and Shore Laminates to Wilsonart Engineered Surfaces, based in Austin, Texas, in an all-cash £30 million deal.

Wilsonart, a global manufacturer and distributor of engineered surfaces, has bought the business as a bolt-on to its other UK operations, Bushboard and Wilsonart UK, which make laminate-faced products such as kitchen worktops and wall panelling.

It will benefit from new products and routes to market, while Shore and Mermaid benefits from the investment and growth of being part of a global organisation.

Shore was launched with a business partner in 1991, with an initial investment of £30,000 and some support from RBS, manufacturing bespoke panels and washroom cubicles. Mr Howie bought out the business partner later that year and the company leased its small premises in the Perth Harbour area, hence Shore Laminates.

Mermaid Panels, based in Lincolnshire, was bought in May 2007 and Thrislington Cubicles, based in Sandycroft, North Wales, was bought later that year. The three companies traded together but operated separately.

Commenting on the disposal, Mr Howie said: “Whilst I’m delighted to see the deal completed, there is no flag-waving as there has been a massive effort put into the development of the companies over the years and the relationships which have been formed with the key people in the companies make this a difficult day.

“We were intent on finding a buyer that loved the laminates and surfaces business, rather than the highest bidder who may have taken the business and moved it around like a chess game.

“There were many instances in the early days when I thought we would struggle to see the month out, but we had a few lucky breaks and I managed to find the best people in the industry to help me drive the business forward. They have a huge sense of achievement in Shore and Mermaid’s success, and I know they will shine in the new Wilsonart team.

“My mother died at a young age, 50 years old, coincidentally the same age I am now, leaving my brothers and me £23,000 each. This is what I used to start Shore Laminates. I thought the company was lost at one point, but the idea of wiping out her life’s work was never an option for me. I hope she would be pleased with her investment.

“I will continue to support the business in the coming months and years in a non-executive capacity. I want to ensure that Wilsonart looks back on this acquisition as the best one they have made and that the future jobs of our staff are secure and safe for the long term.”

Wilsonart has made 10 acquisitions in recent years and has a track record of developing and growing its new group companies.

Advisers were EY, Shepherd and Wedderburn and Thorntons Solicitors.