FM: ‘we need to balance competitive taxes with growth’ 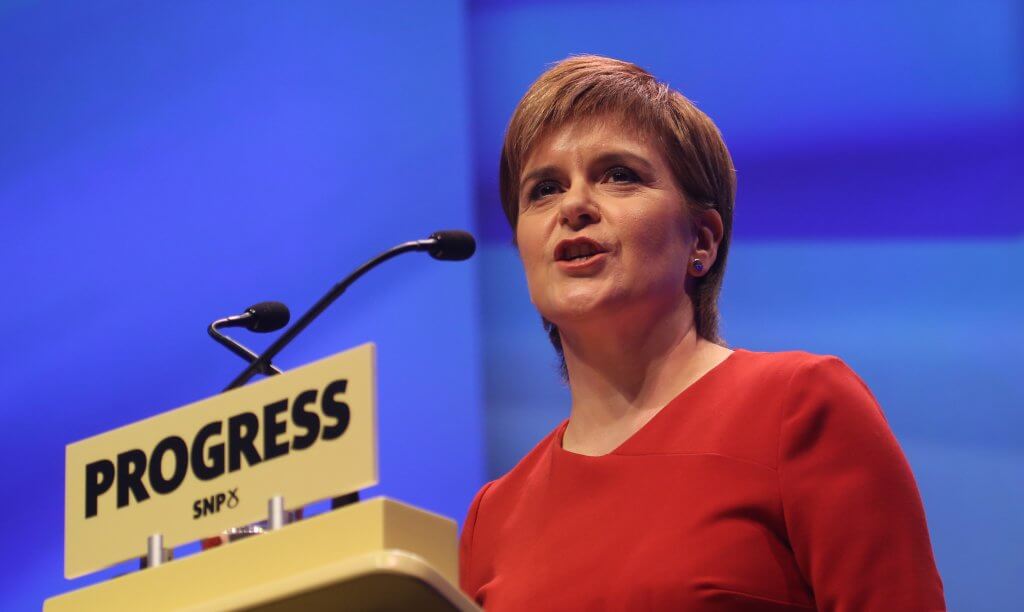 Nicola Sturgeon says the Scottish Budget will balance the need for “competitive taxes” and growing the economy.

Addressing business and political delegates at the 19th National Economic Forum in Edinburgh today, the First Minister pledged a commitment to invest in innovation while hinting at a need to raise taxes to bridge a funding gap.

She highlighted spending on R&D, oil and gas, the new National Manufacturing Institute and the proposed National Investment Bank as examples of the government’s pledge to grow the economy.

The First Minister said: “At present, our block grant for day to day expenditure is decreasing, but the need for investment is growing.

“By setting clear ambitions, we believe we can encourage investment and innovation in technologies where we already have strengths, and for which there will be a global demand.

“The ability to help people to contribute to the economy is central to our thinking. We know that we need to ensure taxes are competitive.

“But we also need to invest in the infrastructure, the research and development, and the capacity for innovation that this country will need in the future.

“That’s the balance that we are looking to strike – in tomorrow’s budget, and well into the future. The interests of businesses, and the importance of economic growth, have been central in every stage of our thinking and they will continue to be central as we implement the budget.”

About 150 delegates attend the conference, including business representatives, trade unions and academics.

The nationalists were today invited to support a motion in parliament which quoted their 2016 manifesto word for word on the issue of “protecting those on low and middle incomes. But the SNP voted it down.

Shadow finance secretary Murdo Fraser said SNP MSPs must now explain why they stood on a manifesto not to increase income tax.

“What we have seen here is the SNP voting in parliament against its very own manifesto pledge,” he said.

“The nationalists were offered the chance to back, word for word, the promise they made to the Scottish people in 2016.

“Instead, they have disowned that pledge, and signalled their intention to punish hard workers.”

Scotland’s retailers have demanded parity on rates with businesses in England and Wales.

David Lonsdale, director of the Scottish Retail Consortium, said: “Retailers and other firms in Wales and England are set to benefit from sensible decisions to link annual rises in the business rate to CPI rather than RPI, something which the retail industry has led the charge on.

“We are keen to see Scotland adopt a similar approach. A switch to CPI indexation in Scotland was endorsed by the Barclay Review, and would be a further step towards a more affordable rates regime.

“What is crucial is that Scottish Ministers follow the example set by their counterparts in Wales and England, otherwise firms here in Scotland will be paying a headline business rate higher than competitors and counterparts down south from April as well as a higher large firms rates supplement.

“Retailers are grappling with profound changes in shopping habits, squeezed consumers and relentless rises in costs. Decisive action in the Scottish Budget to cap the inexorable cost rises and keep down the burden of business rates would increase retailers’ confidence about investing in new and refurbished shop premises, help revive high streets and town centres.”