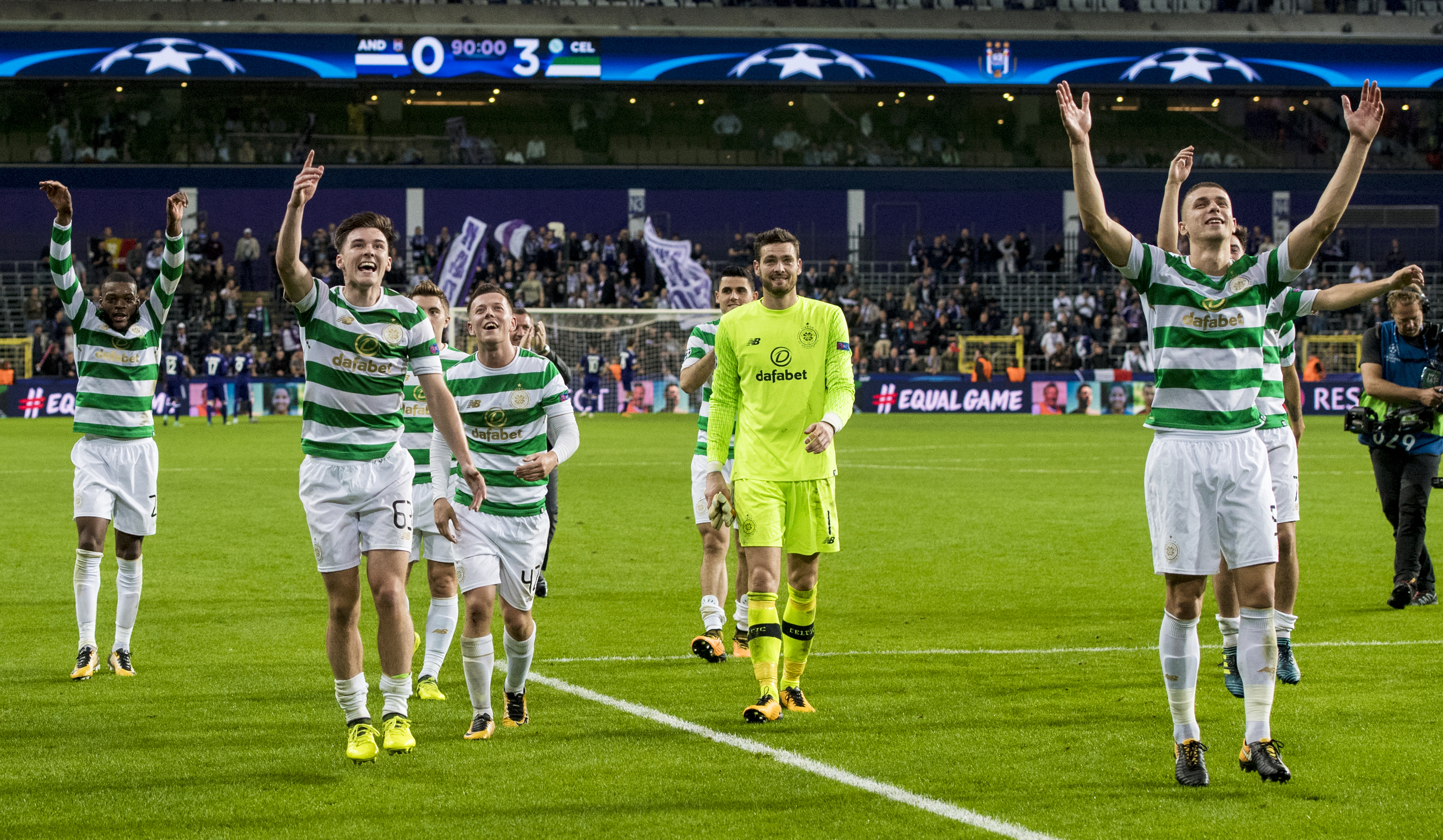 Celtic players celebrate after their 3-0 win over Anderlecht in Brussels (pic: SNS Group).

As tough as Celtic have found the Champions League, tonight’s final group game against Anderlecht offers a golden opportunity to remain in Europe beyond Christmas.

Brendan Rodgers side will secure third place in Group B, and with it qualification for the last 32 of the Europa League, if they can avoid a three-goal defeat at Parkhead.

The Glasgow side were found wanting in their meetings against PSG and Bayern Munich but thrashed their Belgian opponents 3-0 in Brussels in September, a result which puts them in pole position to finish above tonight’s visitors who currently prop up the table without a point.

Third place will be decided on the teams’ head-to-head record so with Celtic effectively going into the tie with a three-goal advantage, it would take a disastrous result to deny them progress.

“We played very well in the first game over there and now we look to finish it off at home,” said Rodgers.

“They will come to attack and look for a victory but that’s also what we want. We want to give the supporters a Champions League win at home.

“That would take us to six points, which would show a great level of progress for us at this level.”

Callum McGregor, who scored against Bayern in Glasgow, said the win in Brussels will have instilled vital confidence in the team.

“Everyone looked at the two Anderlecht games as the ones that would decide if we have European football after Christmas, so we’ve put ourselves in a great position to do that and hopefully we can finish the job,” he said.

“We are getting better at this level – I know we’ve conceded a few goals but ultimately the performances have been better and more stable as well.

“For a Celtic team to win 3-0 away from home in Europe is a big ask, so it gives us great confidence. They’ve picked up since then and we know they’re coming to try to get those three goals back.

“They are at a good level and have been a good side in European football for a while, so that will give us a good indicator of where we are.”

The good news for Celtic fans is that front man Moussa Dembele is fit for selection and Nir Bitton could also feature. Patrick Roberts, however, misses out with a hamstring injury.