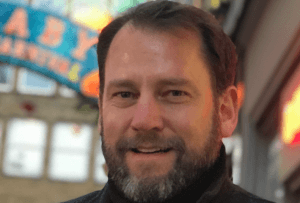 Dynamic Edge, an Aberdeen IT solutions company, has acquired Waytime Technologies, based in the south of England, as it looks to grow in the area.

The deal takes the payroll to 33 and creates an opportunity for the business to add to its mid-tier and large company client base.

All eight staff at Waytime, which is based in Leatherhead, Surrey, are being retained.

Dynamic Edge now has more than 300 clients across the UK, from Southampton to Wick and satellite offices in Inverness and Dundee.

Chief executive Rob Hamilton (pictured) said: “We sought a business with similar expertise, values and commitment to customer service as Dynamic Edge. Waytime is an ideal fit for us in all respects.

“In addition, it has a number of oil and gas clients in the London and Guildford areas and that was also a factor in moving forward with this deal.  We’re looking to take the business to the next level.

“Dynamic Edge has grown year-on-year for the past eight years. We initially considered the Central Belt for our next expansion but opted for the London area, partly due to its strong connection with the oil and gas industry.

“The addition of Waytime gives us access to the south-east of England market but it also has clients in other parts of the UK. We’re delighted with the deal.”

Dynamic Edge was established in 2009 in Aberdeen and expanded its operations into Inverness with the acquisition of Alchemy Plus Business Solutions. The Bank of Scotland supported that acquisition in 2015 and has also supported the Waytime deal.

Dynamic Edge extended its interests into Dundee in 2015. CEO Rob Hamilton moved to Surrey in August with plans to grow the business in the region and will be based at Waytime’s Leatherhead office.

The company has not ruled out further acquisitions, possibly in the north-west of England but, for the moment, will be concentrating on its latest addition.