Facility to be built at Grangemouth 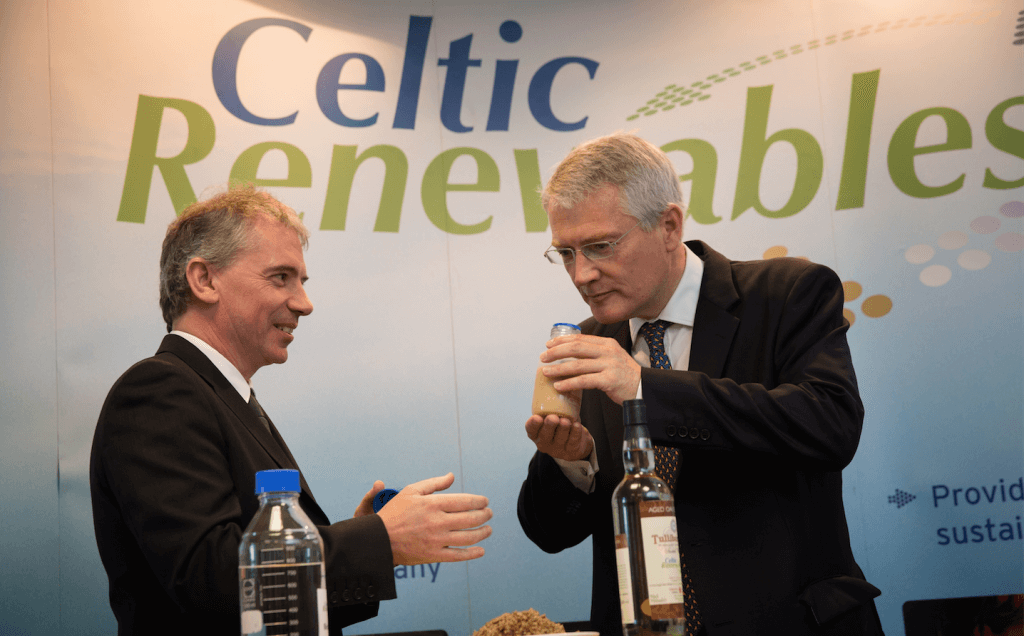 Celtic Renewables has launched a £5.25 million crowd funding campaign to help build a plant to produce half a million litres of biofuel a year.

It has established Celtic Renewables Grangemouth to deliver the facility at Grangemouth and has now launched a funding campaign through an ISA eligible investment with p2p platform Abundance Investment.

The plant has secured planning permission from Falkirk Council and will create 25 jobs at the two-acre site which will produce Biobutanol, a new advanced and sustainable biofuel made using whisky residue and a direct replacement for petrol and diesel.

Celtic Renewables has developed the ground-breaking process which is set to revolutionise sustainable transport.  It was used in a car for the first time in July this year.

Company founder and president Professor Martin Tangney, said: “This is a very exciting time for biotechnology in Scotland.

“Our plant, which will use entirely sustainable raw materials to make high value low carbon products, will be the first of its kind in the world.

“It will shine a global spotlight on innovation in Scotland in the low carbon economy.”

“This demonstration plant will enable the roll out of the technology at full industrial scale across Scotland and internationally,” he said.

“Grangemouth is the perfect location for the plant, where we can benefit from the synergies of locating within the national petrochemical hub and work with a range of complementary partners with the full support of local and national Government agencies.”

Working closely with Tullibardine Distillery in Perthshire, Celtic Renewables is helping to derive value from the production residues of the malt whisky industry by converting it into advanced biofuel and other high value low carbon products.

A Biofuel Research Centre was established by Professor Martin Tangney at Edinburgh Napier University in December 2007. It was the first such centre of its kind, set up for developing sustainable biofuels.

With planning permission for the demonstration plant now in place, building is due to begin in early 2018.

“The new demonstrator plant is an exciting step forward for biotechnology innovation for the UK. It is a win-win for our investors seeking to diversify their investments in the transition to a clean growth economy.”

Abundance investors will have the chance to take a stake in Celtic Renewables Grangemouth with a 2 year investment offering 15% interest p.a. launching in the next few days.