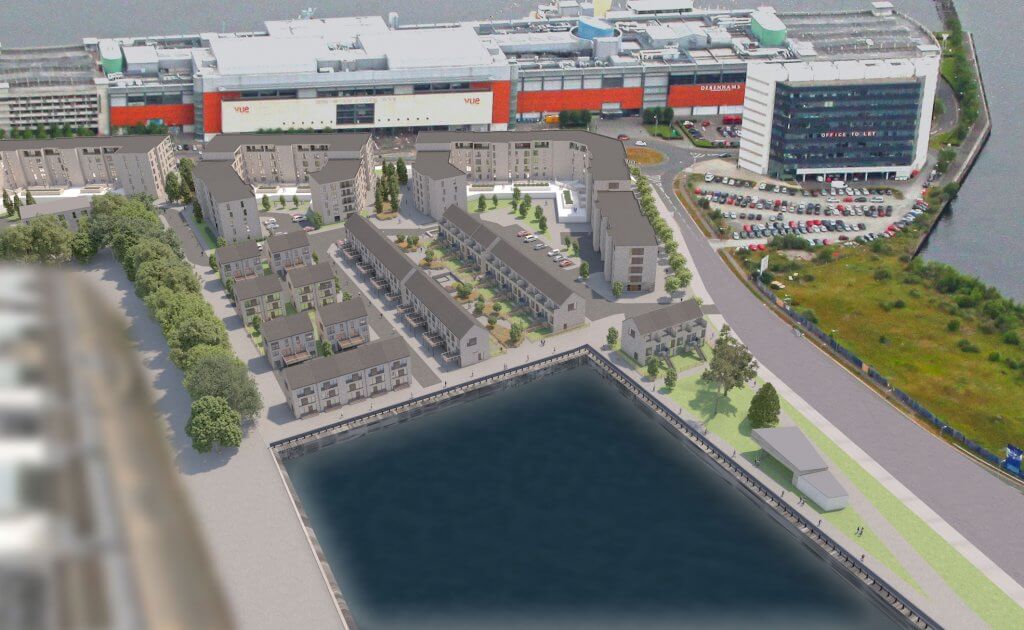 New life: homes will be built near Ocean Terminal

A new community will emerge on disused land opposite Leith’s Ocean Terminal after plans were approved for 388 homes.

Supporters of the planned development at the long-derelict site believe it will inject vital new life into a windswept corner of the docks.

It currently divides the shopping mall from the Scottish government offices and a string of small businesses and food establishments, including Tom Kitchin’s restaurant.

The “Waterfront Plaza” was finally given unanimously approval by city councillors after several delays.

CALA Homes (East) is now hoping to begin construction next summer with the first completions in late summer 2019, along with 1500sq.m of flexible workspace units similar to The Arches in Market Street.

It is anticipated that an eclectic mix of ‘workspace’ units complemented by an urban square and public green space will help draw more visitors to the area in line with ambitions to increase the retention of visitors to Leith.