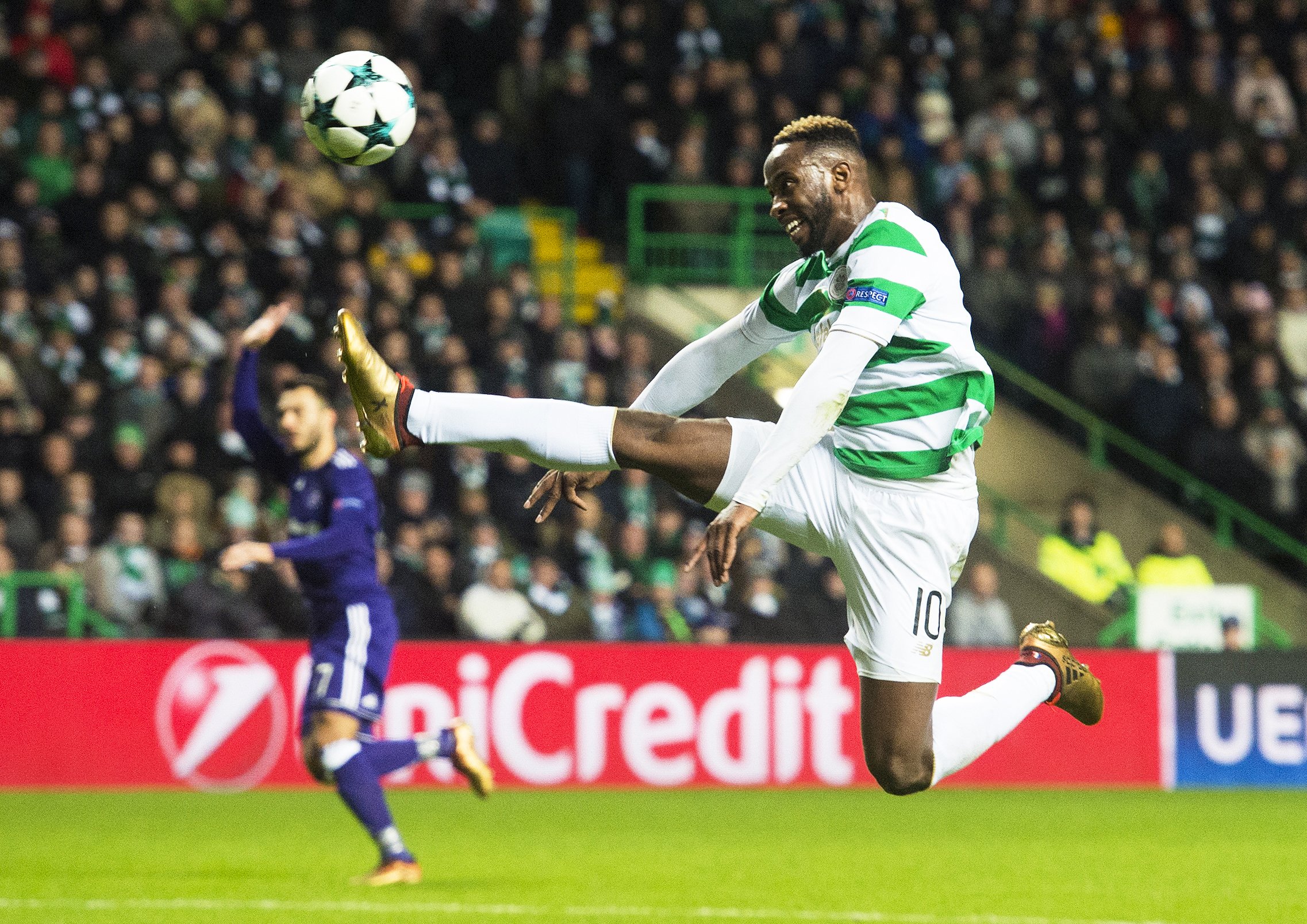 Celtic striker Moussa Dembele in action against Anderlecht as the Parkhead side qualified for the last 32 of the Europa League (pic: SNS Group)

It was mission accomplished for Celtic as they achieved their goal of qualifying for the Europa League but they did so after yet another Champions League defeat.

It was a strangely subdued affair at Parkhead with the home side knowing they would clinch third place in Group B by avoiding a 3-0 defeat to Anderlecht.

The Hoops rarely managed to reach top gear against the Belgians and endured a nervy 90 minutes as they completed the task, albeit courtesy of a disappointing 1-0 reverse.

The result leaves Brendan Rodgers still searching for his first home win in the Champions League as Celtic boss but his frustration at the defeat was tempered by the fact his side will be in the draw for the last 32 of the Europa League.

Anderlecht were a much-improved team from the one thrashed 3-0 by Celtic earlier in the competition and were unfortunate to go in at the break level at 0-0.

Although the hosts began the second period the better side, it was the Belgians who broke the deadlock when Jozo Simunovic deflected the ball past Craig Gordon just after the 60-minute mark.

That the set the stage for what could have been a fraught ending to the match for the Glasgow outfit but Anderlecht were unable to carve out any more good chances, much to the relief of the anxious home support.

Manager Brendan Rodgers hailed his team’s progress in Europe, saying: “I think the context of the game affected our performance. Anderlecht having to chase the game, they were far brighter.

“Midway through the first half, we had to change it tactically to stem the flow of the game, I was thankful to get in at 0-0 and we were far better in the second half.

“Overall, the best team won, but the bigger picture was to get through to the Europa League by finishing third and that would be a massive achievement.

“We were the fourth seeds coming into this and there is immense pride that we got the job done.

“But we have a lot of work to do at this level, but we can look forward to the Europa League in February.”

Skipper Scott Brown admitted it had been a frustrating evening and said: “The first half especially, we didn’t manage to keep the ball.

“They played their formation and kept the ball really well and were very, very patient and looked like they were the team that was going to score a goal in the first half.

“We still tried to play our normal game and play out from the back. They pressed us really high up the park and put us under a lot of pressure.

“We knew what we had to do and had to dig deep at some point and we managed to get through to the Europa League and that was our aim at the start.”

Elsewhere in Group B, Bayern Munich’s 3-1 defeat of Paris St-Germain wasn’t enough to knock the French side off the top of the table.