Talks progressing but no agreement 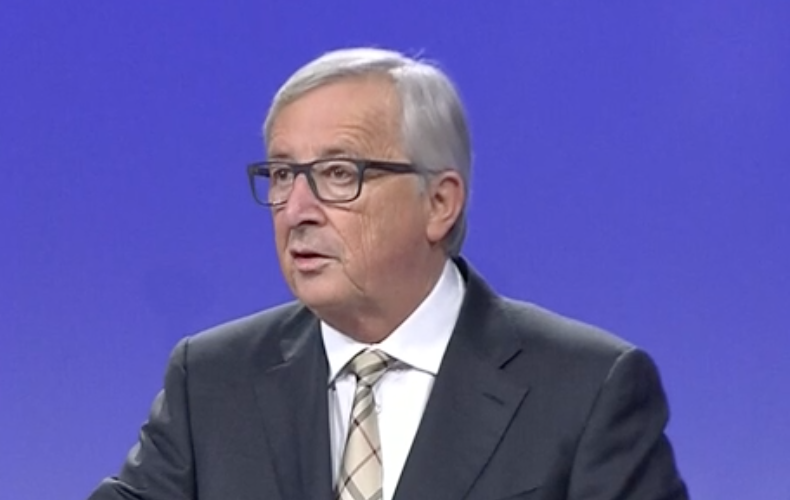 Prime Minister Theresa May will hold further talks with the Democratic Unionist Party after its leader Arlene Foster refused to accept the terms of an agreement with the EU on a border deal with the Republic of Ireland.

Mrs May thought she had made big strides in a settling the issue in talks with European Commission president Jean-Claude Juncker and Donald Tusk, the president of the European Council.

The talks broke down without an agreement ahead of a summit in 10 days’ time because the DUP would not vote for a deal that gave Northern Ireland a different arrangement with the EU than the rest of the UK.

Mr Juncker said: “Despite our best efforts…it was not possible to reach a complete agreement today….I am still very confident we can make progress. This is not failure.”

He described Mrs May as a “tough negotiator”.

Mrs May said: “We have had a constructive meeting today. We have been negotiating hard. A lot of progress has been made. On a couple of issues some differences remain.”

Another meeting will take place later this week.

“I am also confident we will conclude this positively,” she said.

The Prime Minister also risked a backlash from Edinburgh, London and Cardiff if Northern Ireland was allowed to remain in the EU’s customs union and single market in all but name.

Reports of a ‘special deal’ for Northern Ireland in order to protect the border with the Republic prompted Scotland’s First Minister Nicola Sturgeon, the First Minister of Wales Carwyn Jones, and the London Mayor Sadiq Khan to call for equal treatment.

Ms Sturgeon said she supported Northern Ireland retaining ‘regulatory alignment’ and staying in the single market but said this also meant other parts of the UK could do the same.

In Northern Ireland 56% voted to remain in EU during, while in Scotland 62% voted to do the same. A Survation poll published today has Scotland’s support for staying in the EU growing at 68%.

Mr Jones said: “We cannot allow different parts of the UK to be more favourably treated than others.”

Northern Ireland’s politicians were digging in their heels and accepting no compromise.

Mrs Foster said her party “will not accept any form of regulatory divergence” that separates Northern Ireland from the rest of the UK. The Republic of Ireland’s prime minister, Leo Varadkar, was expected to make a statement.

The EU said it will only recommend the start of talks about future trade arrangements when it deems “sufficient progress” has been made on three issues – the status of expat citizens, the “divorce” bill and the Northern Ireland border.

A deadline of this week has been set to enable talks to proceed on trade at an EU leaders’ summit on 14-15 December.

The UK has agreed that those EU citizens who already have permanent residence will not have to pay to apply for settled status. Those making a first time application for the right to stay after Brexit, however, will face a charge.

On the “divorce bill”, the UK is understood to have increased its offer, which could be worth up to €50bn (£44bn).

May must change course or she’ll be the big loser