Viewers turned off by rising costs of pay-TV 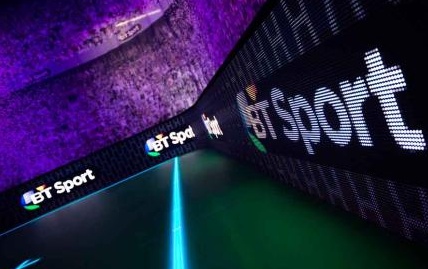 BT Sport is planning to raise its costs by 33% for some of its customers in the new year.

Rising costs could see pay-TV customers switching off in their droves, according to research.

A survey carried out by Freesat, the subscription-free satellite TV provider, shows that one-in-three (36%) people say they will quit their contract if prices keep increasing at their current rate.

Almost half (45%) of the 2000 pay-TV customers questioned said they feel taken advantage of by constant hikes. A further 34% said they were confused as to why prices go up so regularly, while 35% said they feel powerless to argue.

The findings follow news that BT Sport plans to increase the cost of its channels by 33% for some customers – 15 times the rate of UK annual wage growth.

Both figures dwarf the 2.2% growth in weekly earnings seen by the average UK worker in the last year.

The latest price increases come after previous hikes from the TV and internet provider in April. They’re also the third round of price increases BT has made in 18 months.

The Freesat study also showed 60% of people with a sports channel subscription feel their service is overpriced, while one in four (27%) said they don’t make full use of their service.

Guy Southam, spokesperson for Freesat said: “TV customers who pay to watch sport on TV should consider how much they actually use their services and whether they really need all of the channels they’re paying for. Lots of the top sporting events are already available to watch for free.

“To put it into perspective, cutting back on a sports subscription with Sky and BT could save someone more than £500 annually, enough for an extra holiday every year.”

Brian Gilda: ‘we remained confident’ Car dealer Peoples has shrugged off the impact of lockdownRead More