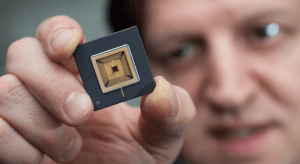 Fears that the Chancellor would lower the VAT threshold for businesses were dismissed as he announced there would be no change to the current level of £85,000 “for two years”.

There had been strong hints that Mr Hammond would reduce the rate at which VAT is paid, prompting wide concern, particularly among the small business community.

He said he had listened to the FSB and was “not minded to reduce the threshold”.

There had been speculation Mr Hammond would bring the threshold in line with other European countries.

He said: “I will consult on whether its design could better incentivise growth and in the meantime we will maintain it at its current level of £85,000 for the next two years.”

He also announced that business will have access to a further £2.3 billion for investment in research and development and is increasing the main R&D tax credit to 12%.

This, said Mr Hammond, will take “the first strides towards the ambition of our industrial strategy to drive up R&D investment across the economy to 2.4% of GDP”.

Genevieve Moore, Partner and Head of Corporate Tax at Blick Rothenberg, said: “The increase in Research & Development tax relief from 11% to 12% is welcome, but is aimed at large companies who are entitled to Research and Development Expenditure Credit (RDEC) relief.

“So far no announcement on changes on the R&D regime for SMEs, who arguably need more help than large companies.

“The devil will be in the detail but we do hope any changes will not make an already complex tax incentive even more complicated, as the incentives available through EIS really help growing and start up UK businesses secure finance to fund growth and development.”

“We look forward to seeing the detail in his promised patient capital action plan.

“It is encouraging that the Chancellor has chosen to shine the spotlight in today’s Budget on the need for investment in innovative early stage companies.”