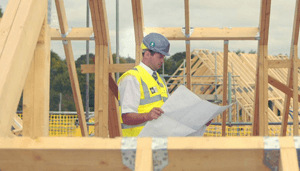 Scotland’s local authorities must work with the Scottish government to increase the housing supply, says the head of the Scottish Futures Trust.

Barry White, chief executive, believes it is necessary to support a mix of private and social housing and exploit new opportunities through Build to Rent (BTR) investment.

Already well-established in the US and much of Europe, BTR is now fast developing as a new route to supply housing in the UK, says the SFT.

It is estimated that £50 billion, much of it international and pension fund money, has been allocated to the BTR sector in the UK, and the SFT says Scotland must fight its corner to attract its share of this investment.

Mr White said: “Increasing housing supply is a vital element of helping an economy grow and to keep house prices and rents at stable levels.

“With the lowest local authority borrowing rates to be seen for many years and the wall of money behind the BTR sector, there’s never been a better time to build.

“Having already worked very closely with local authorities on housing to secure £400 million of housing investment, there is now a great opportunity to increase that partnership to build more homes, of all tenures across the country.”

SFT has secured £138m of savings and benefits over the past 12 months and more than £1 billion since becoming operational in 2009.