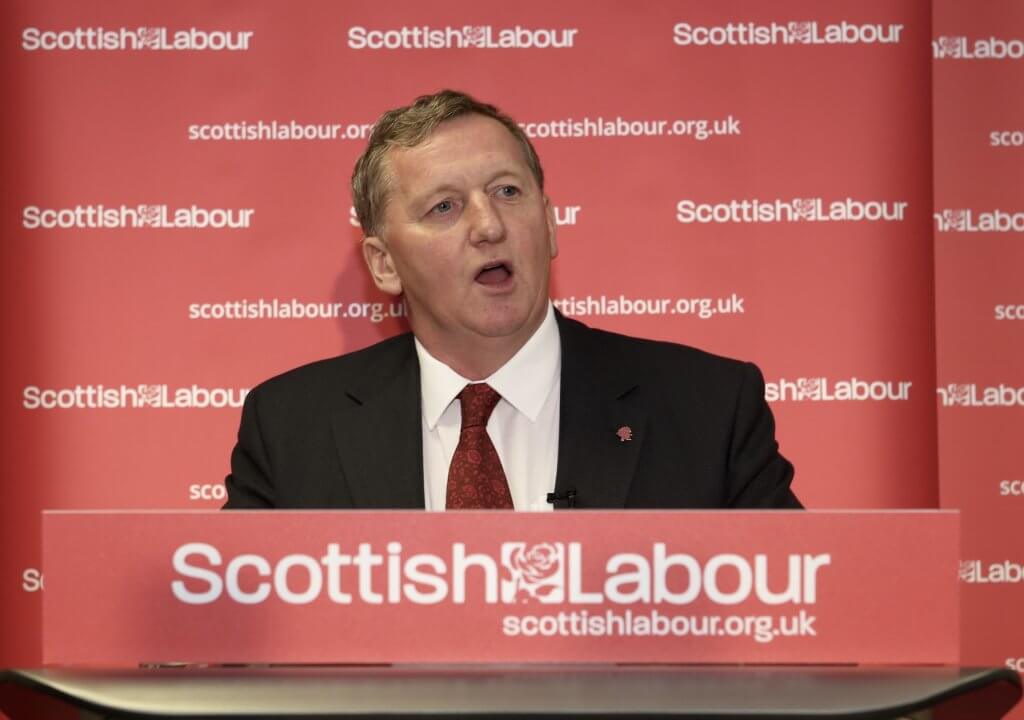 Acting Scottish Labour leader Alex Rowley, who has been suspended as a member of the party’s Parliamentary group, could be succeeded by his MP daughter.

Danielle Rowley, who was elected MP for Midlothian in June, has indicated she would be interested in succeeding her father as deputy Scottish leader.

The 27-year-old, who has led Richard Leonard’s leadership campaign – was asked about running, shortly before Mr Rowley was suspended.

She said: “Are people ready for another Rowley? That’s the question.”

Mr Rowley’s suspension over allegations of abuse made by a former partner means he has had the Labour whip withdrawn in the Scottish Parliament.

He earlier voluntarily stood down from his role as deputy leader and interim leader. Labour has installed Jackie Baillie as interim boss until the leadership election result on Saturday.

The whip will remain withdrawn from Mr Rowley during the period of his investigation into allegations made in the Sun newspaper.

Scottish Labour business manager James Kelly said:  “It is important that the investigation into these allegations is fair and transparent, and the matter will be thoroughly investigated using the Labour Party’s internal complaints procedure.

“However, in light of the serious nature of the allegations, Labour at Holyrood has taken the decision to remove the whip from Alex Rowley for the period of this investigation.”

Mr Rowley, 53, has denied the claims made against him and said he will fight to clear his name.

He stepped into the leadership role on an interim basis following the resignation of Kezia Dugdale, but he has been absent from Holyrood while recovering from a chest infection.  Jackie Baillie has stood  in for him during First Minister’s questions.

In a statement issued this morning twice-married Mr Rowley said: “I totally refute these allegations and will take all steps necessary to clear my name.

“These allegations must be properly and thoroughly investigated in line with our party’s procedures – and I will refer myself to the party so such an investigation can take place.

“While that investigation is carried out, I will step aside as deputy leader, as well as interim leader, of the Scottish Labour party.”

It is understood the police took no action following the woman’s claims. Her name has not been disclosed.

Scottish Labour will announce either Anas Sarwar or Richard Leonard as the new leader of the party on Saturday.

Both candidates called for Mr Rowley to be suspended.

Mr Leonard said: “In the light of the news stories about Alex Rowley and his self-referral to the party, my view is that the appropriate action now is that there should be a suspension of Alex Rowley whilst the matter is investigated.

“We should go further on these issues – I fully support calls for an independent reporting mechanism and will take steps to ensure this happens in Scotland.

“In the meantime the Labour Party now has to use its internal procedures to investigate these allegations, ensuring that evidence is heard and support is provided for everyone affected – any decisions must be and should be upheld.  We have to be very clear that there is zero tolerance for a culture that allows abuse of power in politics and across society and that these allegations will be seriously and thoroughly investigated.

“I would urge anyone in the Party to make use of the reporting mechanisms that have been set up to provide dedicated advice and reporting: 07595 432542 and email complaints@labour.org.uk“

Mr Sarwar said: “These allegations are distressing and deeply concerning. It is right and proper that Alex has referred himself to the party’s internal complaints procedure.

“The party has clear procedures, and given the seriousness of these allegations it would be appropriate for Alex to be suspended from the party while a robust, fair and thorough investigation is carried out.

“It is vital that people have confidence in our party internal procedures. As leader, I will take a zero tolerance approach to sexual harassment, abuse and discrimination.”

In a statement, Ms Dugdale said that had she remained in charge, she would have suspended Mr Rowley from the party while the “serious and deeply concerning” allegations were investigated.

A Scottish Labour Party spokesman said: “Alex Rowley has stood aside as interim and deputy leader of Scottish Labour and referred himself to the party’s internal complaints procedure regarding allegations made against him.”