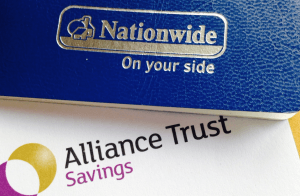 A decision to leave pensions tax reliefs untouched gave some relief to the industry though there are expectations of further change to come.

“In many ways that’s a good thing but we still think a structural change to pensions tax relief could be on the cards for future budgets.

“It’s expensive for the Government to maintain and benefits for higher earners (broadly, those earning £150,000 a year or more) have already been shaved back through the tapered annual allowance introduced last year. I just don’t think anyone can afford to relax and take its continuation at current levels for granted.

“Those considering whether to up their pension contributions in the next year or so might want to bear that in mind. It could still be a case of making hay while the sun shines.”

Huw Evans, director general of the Association of British Insurers, said: “No further tweaking of pension tax relief provides some welcome stability for pension savers after the salami slicing of recent years.

“There are still strong arguments for a fundamental overhaul of pension tax relief to make it fairer and more sustainable but it is the right decision by the Chancellor not to be tempted by piecemeal changes.”

Vince Smith-Hughes, retirement specialist at Prudential, said: “The increase in the triple lock is good news for pensioners – but it’s not all plain sailing.

“Inflation stats show food price inflation growing faster than other goods – and pensioners tend to spend a higher proportion of their income on food compared to non-pensioners.”

Les Cameron, also of Prudential said: “It’s good to see the lifetime allowance increase is going ahead as planned. This will see a saving of up to £16,500 for those with large funds.”