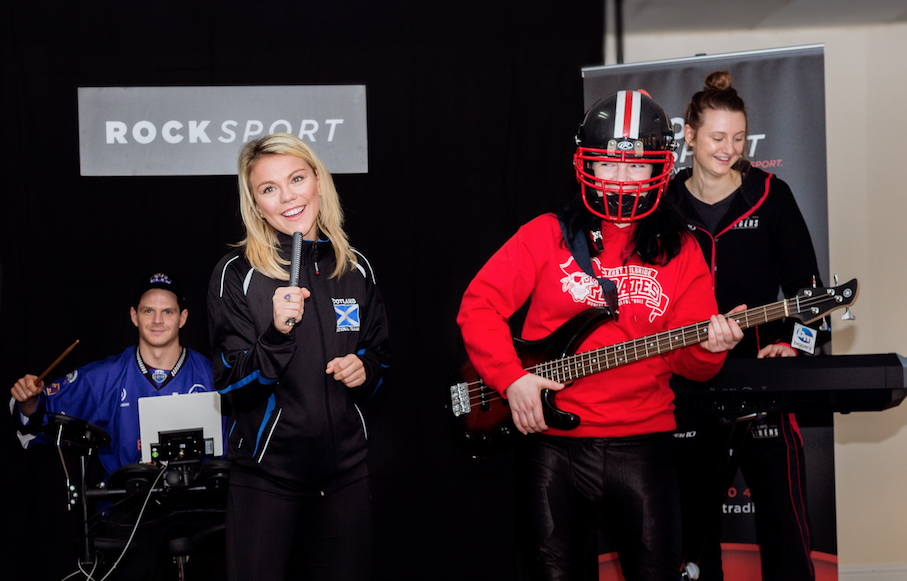 A digital radio station for Scotland’s Central Belt is promising a fresh approach to local sport and music.

Rock Sport will be on air from 29 November and will feature a line-up of broadcasting personalities, led by veteran radio presenter Bill Young.

It hopes to build an audience through leveraging digital technology, including web content and social media.

A number of athletes attended the launch of the station, including Hamilton Academical’s starlets, Greg Docherty, Darren Lyon and Scott McMann; and others from a range of sports including ice hockey, netball and squash.

Ricki Neill, digital director, Rock Sport said: “We’ve a great team on board of skilled broadcasters and digital specialists which we believe will harness today’s technology with the changes in audience listening habits to produce a successful station.

“RAJAR figures show that the number of commercial radio listeners is increasing and digital listening is also increasing year on year and we want to be part of that.

“We have ambitious plans to develop our media offering further in the future to accommodate the way people now choose to absorb their media to suit their lifestyles.”