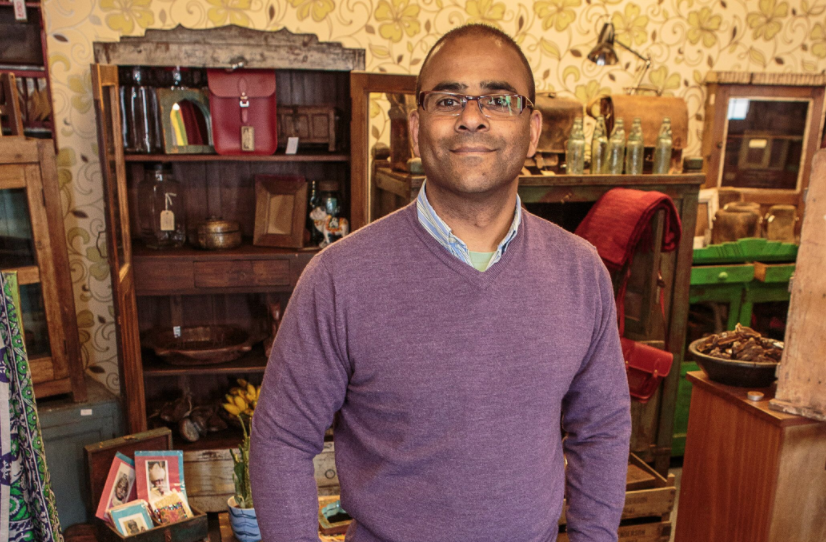 Two brass padlocks featuring in a new children’s movie represent a key milestone for a Fife supplier of vintage accessories.

Cupar-based Scaramanga has built a reputation as a regular source of props for the film industry. The pair of antique padlocks were requested for Paddington 2 which is released in the UK today.

It is the second request for accessories from the film industry in two months and the seventh in five years. In September the company saw two of its vintage travel trunks and a range of authentic Indian boxes, tins and leather journals appear in British film Victoria & Abdul.

Vintage and antique padlocks were supplied for The Hobbit and Pan. The firm also sold one of its leather bags for use in the 2014 Tom Cruise movie Edge of Tomorrow, but it didn’t make it onto the big screen.

It has also supplied props for TV shows including Strictly Come Dancing, Celebrity Big Brother, Peaky Blinders, Jericho, Hollyoaks, 60 Minute Makeover and, most recently, The Only Way Is Essex.

Speaking about the firm’s latest movie deal, owner Carl Morenikeji said: “We’re overjoyed to have seen our products used in seven major movies in just five years and to have two appear in only two months.

Scaramanga was founded 11 years ago and named after Christopher Lee’s assassin in The Man With The Golden Gun.

– Edge of Tomorrow starring Tom Cruise. Scaramanga supplied one of their own-brand large Overlander bags, but it didn’t make it onto the big screen.

2016 – The Legend Of Tarzan, starring Alexander Skarsgård – supplied six vintage trunks to be destroyed in a wildebeest stampede scene.

2017 – Victoria & Abdul, starring Dame Judi Dench as Queen Victoria – Scaramanga supplied a total of 15 items (its largest movie order to date). Two of its vintage travel trunks appear in a scene where the Queen and her family have a Highland picnic in torrential rain. A range of authentic Indian boxes, tins and leather journals also appear in the major British film.