Open and Aberdeen in marketing tie-up 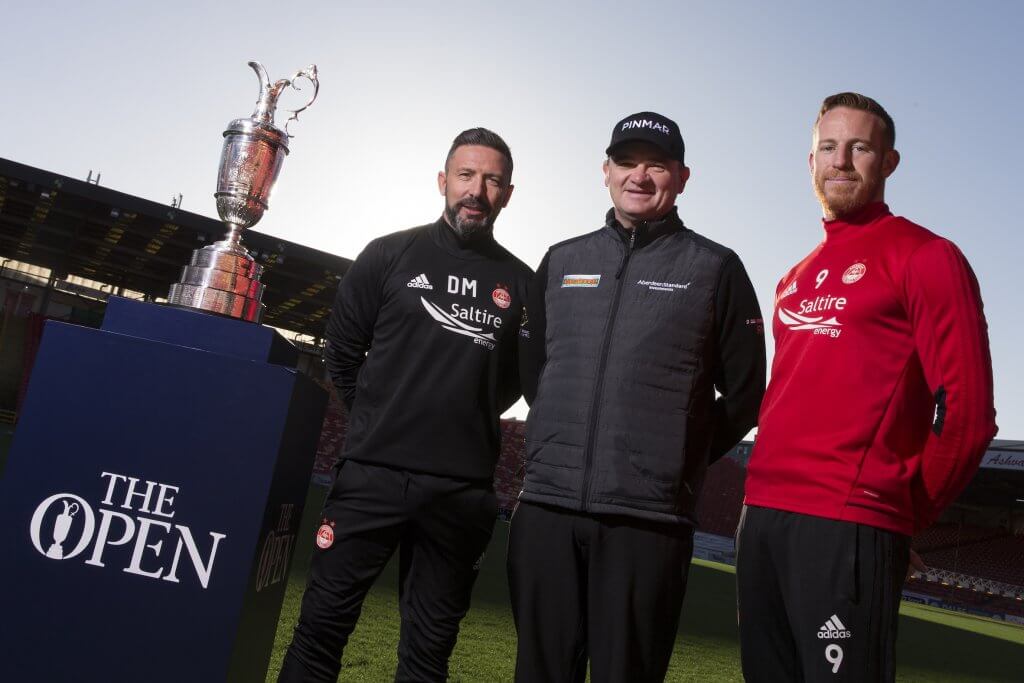 The Open and Aberdeen Football Club have today announced a marketing partnership ahead of The 147th staging of the top golf tournament at Carnoustie next year.

Paul Lawrie, who became the Champion Golfer of the Year when the tournament was held at Carnoustie in 1999, helped with today’s launch.

The lifelong Aberdeen FC fan will be on hand to support the partnership until the Open in July.

Lawrie said: “I am delighted that my boyhood club has become a partner of The Open ahead of its return to Carnoustie next year. I have fond memories of the fantastic support I received from fellow Dons fans during the Championship in 1999 and it would be great to see them back at Carnoustie in July to cheer on myself and their favourite players.”

Johnnie Cole-Hamilton, executive director – Championships at The R&A, said: “Aberdeen FC is an ideal partner for The Open.

“We are looking forward to working with the club to help promote The Open in the local community of Aberdeenshire and beyond ahead of its return to the scene of Paul Lawrie’s unforgettable win in 1999.

“He is a great ambassador for The Open I am delighted that he can join us today to launch this exciting partnership.”

Duncan Fraser, Aberdeen FC chief executive, said: “Aberdeen Football Club is proud to enter this unique partnership with The Open and we look forward to offering exclusive promotions which will benefit our supporters.

“The Claret Jug is one the most iconic trophies in all of sport and we look forward to showcasing it alongside the club’s honours which includes the most famous silverware in Scottish and European football.”