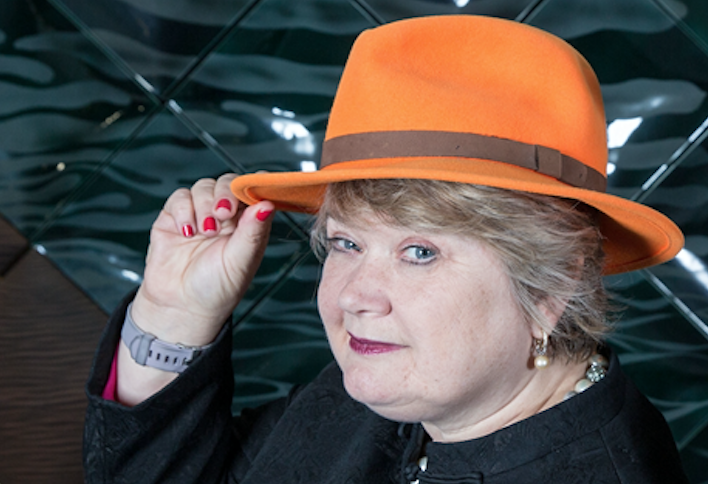 Money advice columnist, author and academic Heather McGregor will aim to debunk a few myths about diversity when she launches a series of events for Entrepreneurial Scotland to mark Global Entrepreneurship Week.

Prof McGregor was the principal shareholder and non-executive chairman of the executive search firm Taylor Bennett and wrote a column in the Financial Times between 1999 and 2016 under the byline, Mrs Moneypenny,

She was recognised in the Queen’s Birthday Honours List in 2015 with a CBE for services to business, with particular reference to employment skills and diversity in the workplace.

She is executive dean of Edinburgh Business School, an author, journalist, TV presenter, a qualified private pilot and has also completed two seasons of stand-up comedy at the Edinburgh Fringe.

Professor McGregor said: “There has been some great progress made in addressing diversity in the workplace.

“But it’s still necessary to debunk some myths to tackle the widespread misconceptions, particularly about women.

“Empowering entrepreneurs is my business. I believe that one of the things that holds people back from advancement is the building of a strong network.

“Trying to deliver that has really been my life’s work, so it’s fitting that, as a member of such a critical network as Entrepreneurial Scotland, I have the opportunity to share my entrepreneurial journey.”

Professor McGregor’s book ‘Mrs Moneypenny’s Careers Advice for Ambitious Women’ has been credited with helping women all over the world to conquer their career challenges.

Cathy Craig, commercial & memberships director at Entrepreneurial Scotland said: “As Scotland’s backbone organisation for entrepreneurship we are committed to shining a light on the most outstanding entrepreneurs to inspire and develop future business leaders.

“Professor McGregor is a truly unique leader. Her diverse and international profile, experiences and straightforward approach are real assets to anyone who has the opportunity of meeting her.

“Entrepreneurial Scotland is on a mission to improve the diversity of its membership and to attract more female entrepreneurs. While we’ve made some great headway, there is still much to do to showcase Scotland’s female talent and to encourage a tangible culture shift.”