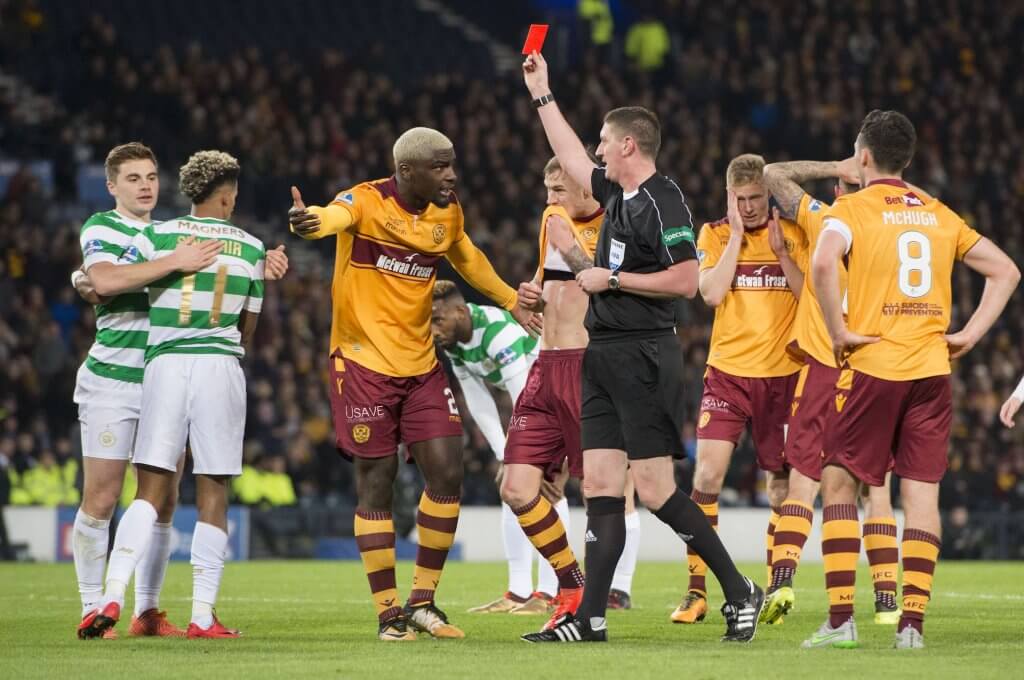 Celtic took the first silverware of the season against dogged Lanarkshire opposition who looked on course for an upset.

The underdogs managed to tame the favourites during a tepid first half of few chances and at the break must have believed they could defy their odds of victory.

But those dreams began to fade when James Forrest opened Celtic’s account on 49 minutes with a curling shot from the edge of the penalty area and were completely dashed on the hour when Motherwell defender Cedric Kipre was controversially sent off.

He was judged to have fouled Scott Sinclair and Moussa Dembele scored from the penalty kick.

In between Celtic’s two goals Motherwell striker Louis Moult had a goal-bound header spectacularly saved by Craig Gordon. A goal would have put the outcome in doubt, even though his team were up against it playing with one man down for almost the entire second half.

To that extent, the Steelmen gave a good account, preventing Celtic from adding to their tally. In the final minute Moult was denied a consolation when his free-kick hit the post.

A frustrated Motherwell manager Stephen Robinson said afterwards: “I’ve seen [the penalty challenge] back, there’s no contact. Cedric [Kipre] hasn’t touched him, the kid’s devastated. I can’’t change that. I can only effect things like giving the ball away and getting closer. When you go down to 10 men, there’s no chance after that, against a team of Celtic’s quality, it’s a containment issue.

“There’s enormous pride, even afterwards. I won’t come out and vilify other team’s players, I just say congratulations to them, but our boys have come out with their heads held high. This won’t be the end of our season.”

Celtic manager Brendan Rodgers said: “”I thought it was tough for [Motherwell] after that. I haven’t seen the replay. It looked a penalty but I would have to see it again. Once you’re playing 10 men against ourselves, it can be difficult. We played with the 11 v 10 very well, because sometimes you can go loose and sloppy. But we moved the ball well and could and should have scored more goals.”

The result means Celtic are the first team to win four back-to-back domestic trophies since Jock Stein’s Lisbon Lions in the late 1960s and they are now 65 domestic games unbeaten.

The two teams meet again for a rearranged league match at Fir Park and then at Celtic Park on Saturday. 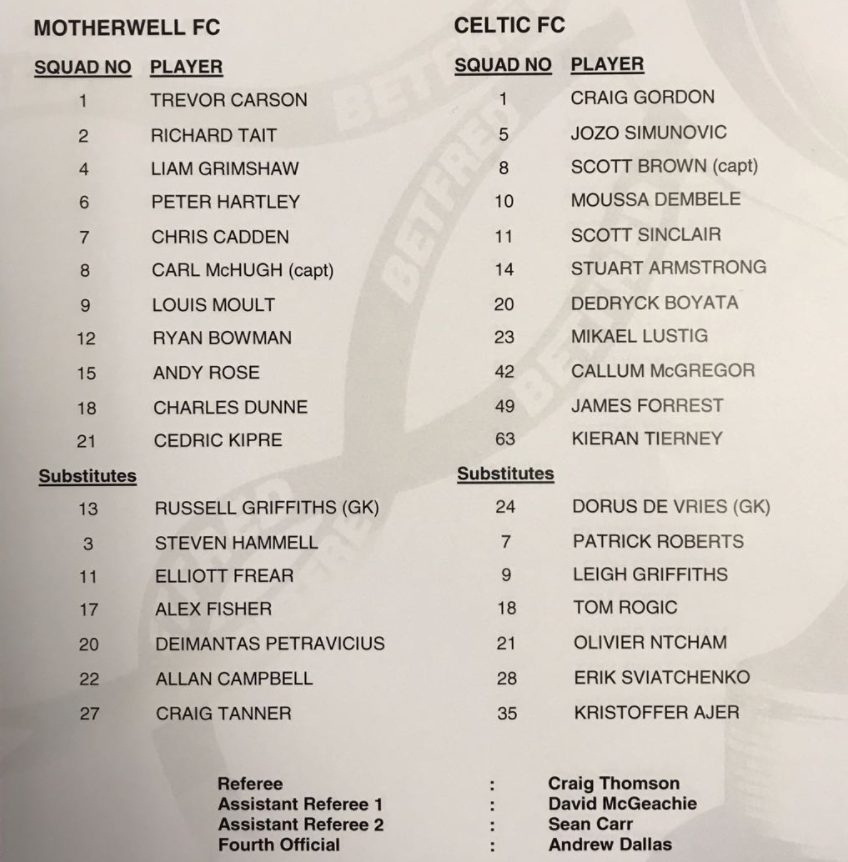