Mars goes to Moonshot as academy doubles up 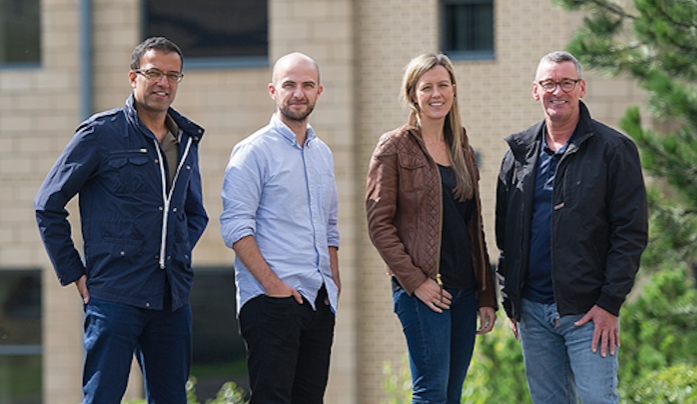 Moonshot Academy, the growth accelerator for post-seed startups, has lured one of Big Partnership’s senior figures to join its leadership team.

Sharon Mars, a company director at Scotland’s largest independent marketing and communications agency for the past three years is one of two hires for Moonshot, co-founded by entrepreneur coach Jim Duffy.

Gus Sekhon, previously head of European inflation at RBS Group, has also joined the the academy which launched in July.

She said: “It can be difficult for entrepreneurs to find the support they need to grow their business beyond the initial startup phase. There is a fantastic community of programmes and mentors for early stage businesses and likewise for well-established ventures

“However, businesses which have just secured seed-funding and are preparing to grow exist in a veritable no-man’s land – outgrown some support networks, yet not quite big enough for others.

“Moonshot provides a long-term partnership to guide growing businesses to the specialist support they need without breaking the bank. We want to help more startups make it to the next level.”

Mr Sekhon has a Masters in Behavioural Economics and was a derivatives trader for Barclays before working for RBS in London and Tokyo. He will head up Moonshot’s finance and analytics operation in London.

He said: “Investors have told us that they are frustrated with the lack of financial rigour that exists within potential investee companies.

“The founder is highly capable, the idea is great, but the unit economic understanding often lets them down. Attracting seed funding is just one step in a much longer journey.

“Building a large-scale business requires great financial foundations and I’m looking forward to getting under the hood of the businesses we work with to create just that.”

Moonshot was created by Mr Duffy, co-founder of E-Spark, and Al Walker to tackle the problem face by two-thirds of seed-funded startups failing to secure second round investment.

Mr Walker said: “Bringing Sharon and Gus on board gives us a fantastically strong set of skills within our founding team.”