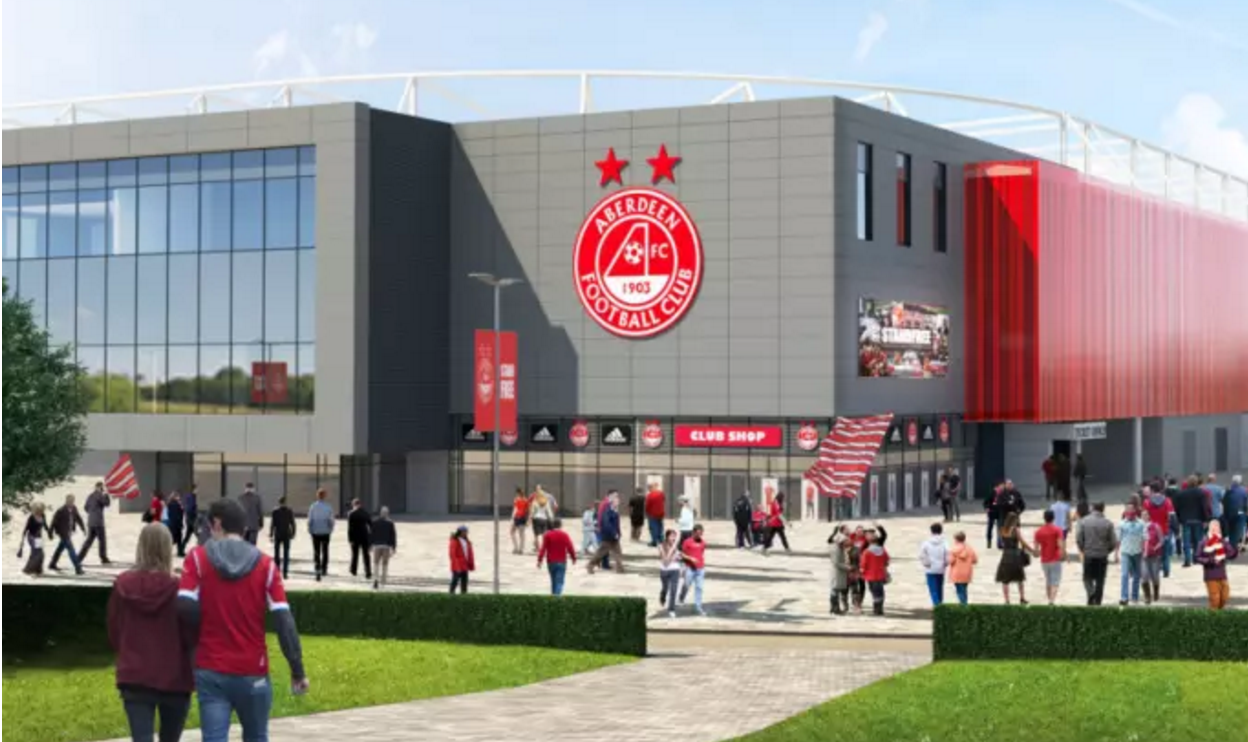 Aberdeen’s new stadium project has been boosted by investment from an American venture capitalist.

The new stadium project being pursued by Aberdeen FC has been boosted a major six-figure investment by an American businessman.

Venture capitalist Tom Crotty has paid £775,000 for shares, with the money being put towards the proposed new stadium and training ground at Kingsford near Westhill.

“I’m really happy to be part of a very exciting time for the club,” said Crotty, a founding member of the American charity Grassroots Soccer which he set up in partnership with the son of ex-Dons keeper Bobby Clark.

Crotty was captain of Notre Dame University during his student days, where Clark was head coach.

“I’m passionate about the positive impact that football can have on young people and the wider community,” he added.

“This is why my investment is directed towards enhancing the community facilities on offer as part of the club’s modern and progressive development.”

Aberdeen pulled its application for the multi-million-pound sports centre to the council last month amid concern it was going to be rejected.

An additional report has now been submitted to planners which includes new information and will require a further consultation period.

Should planning permission be granted, the Dons have more than half of the funding in place for the first phase of the building programme with over £6million raised.

Aberdeen chairman Stewart Milne welcomed the additional investment from the USA and said: “It’s great to see Dave’s efforts in attracting US investment to the club come to fruition.

“A key part of his new role at the club was to help us source and secure investment from America and we’re staggered by this first pledge.

“Tom’s investment in the club is an endorsement of our vision and long-term strategy.”

Director Dave Cormack was man who helped bring Crotty on board, and the American said: “I didn’t know much about Aberdeen, but Dave and Bobby made a very compelling case for the club’s plans.

“The club has an opportunity to co-locate its community work alongside its professional football academy and stadium to create a purpose-built complex that will enhance the experience for players, act as a real magnet for young football talent and a focal point for grass-roots community initiatives.

“I cannot imagine this type of facility, which will reach into all parts of society, being turned down.”

Crotty sits on the boards of numerous private and not-for-profit organisations, as well as on the board of trustees at Notre Dame University.

Aberdeen boss Derek McInnes, meanwhile, thought to be a long-time target for Rangers, has been installed as one of the favourites to take over at West Bromwich Albion following the sacking of Tony Pulis.

He is a former captain of the Baggies and would jump at the chance to manage in the English Premier League.