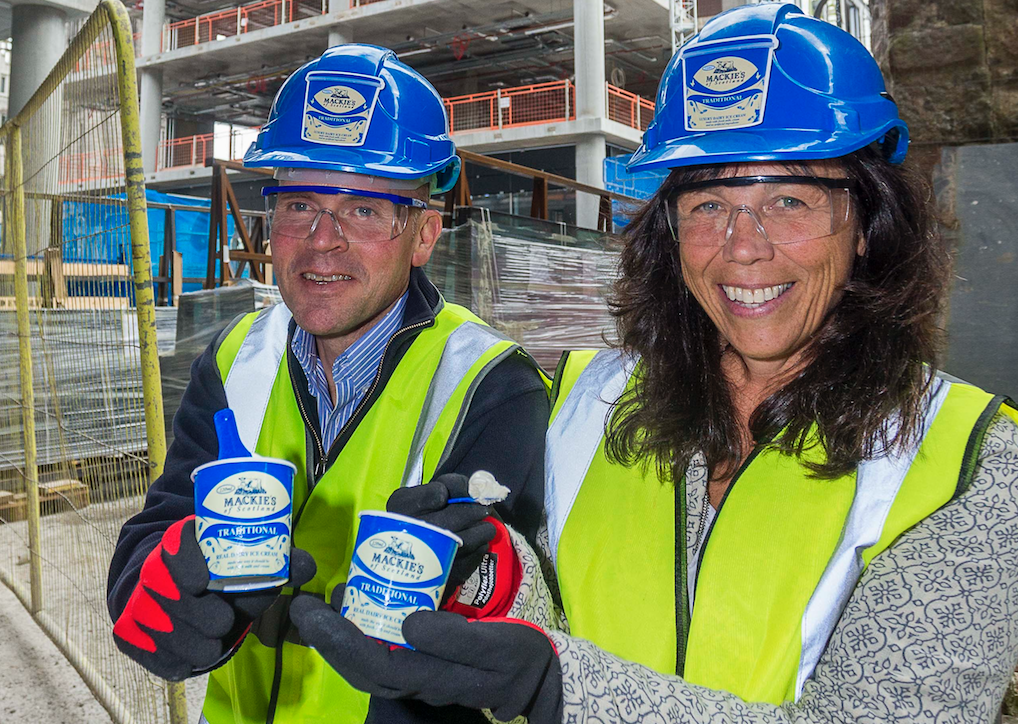 Mackie’s of Scotland has seen an uplift in its share of the UK ice cream sector and has retained its position as number one brand north of the border.

Data published by consumer research company Kantar Worldpanel shows that the company’s UK market share rose from 2% to 6% over the 12 months to mid-August.

Mackie’s is now fifth in the table of premium ice creams in the UK behind General Mills’ Haagen Dazs with 16%.

Bill Thain, commercial director at Mackie’s of Scotland, said: “It’s really pleasing to see the upwards trend and growth of our ice cream. We continue to chip away at the massive global companies.”

A continuing trend, in the ice cream sector is the growth of the “Premium” ice cream market (up 7.1% to £318m) in contrast to a slight decline in the “Standard” ice cream market (down 0.6% to £395m) as shoppers look increasingly to higher quality produce.

Mr Thain added: “These are really exciting times for us with the upcoming opening of our new flagship 19.2 parlour in Marischal Square, Aberdeen and these figures show that all the hard work is paying off.”

Having celebrated its 30th anniversary of ice cream making last year, Mackie’s is continuing to press on with expansion plans as it develops products for the domestic and overseas markets.