Mackay urges players to prove their worth 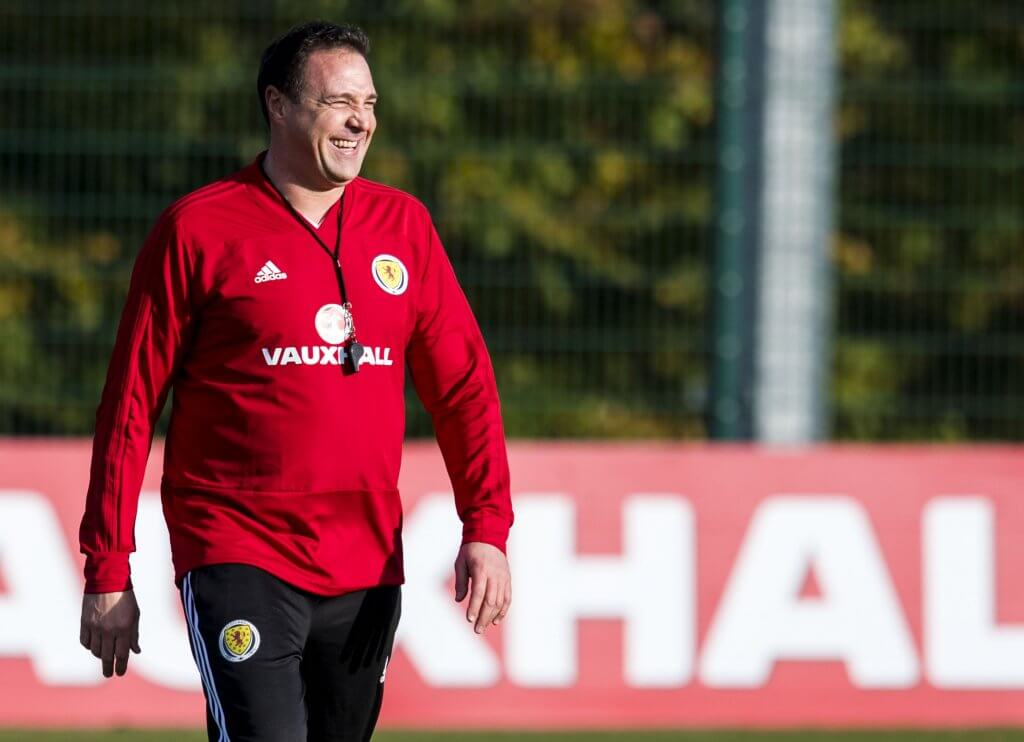 Malky Mackay: hat in the ring (photo by SNS Group)

Interim Scotland coach Malky Mackay has called eight uncapped players into his squad for Thursday’s friendly with Netherlands in Aberdeen.

He has urged the newcomers to prove their case for inclusion in the squad ahead of the Euro 2020 qualifiers.

Mackay replaces Gordon Strachan who stood down following the failure to reach the play-offs for the World Cup in Russia.

Mackay, who is the Scottish FA’s performance director, may only be in charge for this one match but said it was a privilege to lead the team.

“We have a longer lead-up time going into Euro 2020 now, there will be three or four friendlies before we play that first qualifier,” he said.

“With that being the case, that gives some of the younger players a chance to stake their claims to be Scotland players.

“I looked at the squad that was available to me, I looked at some of the players that have been doing well recently. There’s three in from Aberdeen – Kenny McLean, Graeme Shinnie and Ryan Christie have all been playing well and deserve a chance. Paul Hanlon, captain of Hibs, is doing very well and the team is doing very well.”

Mackay, former boss of Watford, Cardiff City and Wigan, has thrown his hat in the ring for the hob on a permanent basis but the SFA has said it is not in a rush to make an appointment.

“There would be very few who would say no to that [the job],” said Mackay.

“I have a really good and important job at the moment, but for the next month, I’m delighted to be involved.

“I’ve been asked to be the interim manager so that’s as far as that goes. I have my day job, which is fundamentally a very important job going forward in Scotland.

“Right now it’s about preparing the group for next week and a lot goes into that.”