MacDonald is Spear’s Entrepreneur of the Year 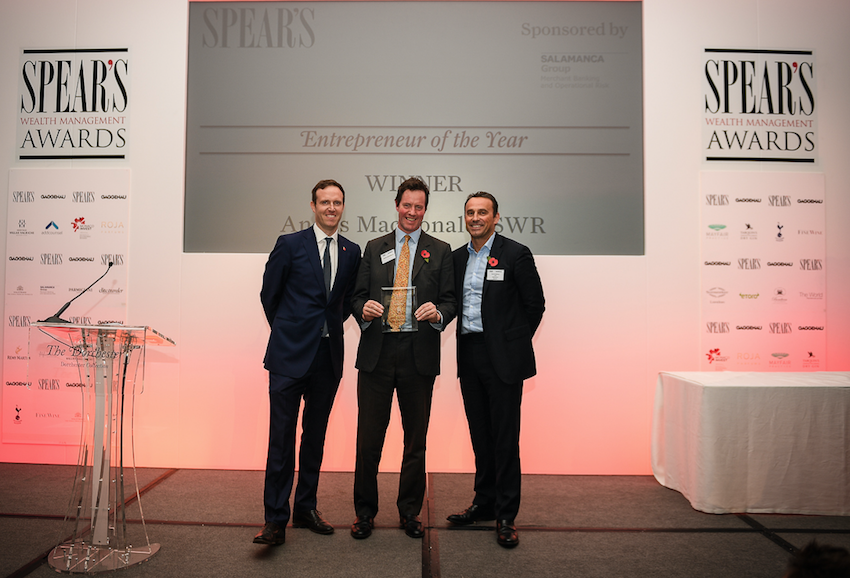 The West Highland-based businessman was awarded the Entrepreneur of the Year award at the 11th annual Spear’s Wealth Management Awards, known as “The Oscars of City finance” at London’s Dorchester Hotel on Tuesday.

Mr MacDonald, whose business interests include the education publisher ICSLearn, the wind turbine supplier Renewable Parts Ltd, as well as the fast-growing waste management company SWR, first made his name in the 1990s and 2000s by building two successive financial publishing empires, which he sold for a combined £91 million.

The judges’ citation praised Mr MacDonald as “a serial entrepreneur with a conscience, with a genuine love of the West Highlands of Scotland”.

Awarded the OBE in 2014 for services to the Highlands, Mr MacDonald also heads the Moidart Trust, a “venture philanthropy” fund that helps grow West Highland businesses. He said he was “delighted to have won”, adding that “it demonstrates that UK wide businesses can be built from this part of the world.”

He said: “I am passionate about this beautiful and diverse area of Scotland and devote a lot of my time trying to helping West Highland entrepreneurs stay in that area and thrive there.” 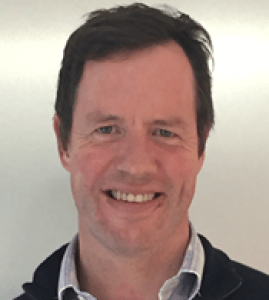 Since 2007 Mr MacDonald (right) has served as chairman and largest shareholder of the three businesses in different sectors, with a combined turnover of more than £45m employing 170 staff and with profit of around £4.5m in 2017.

Christopher Silvester, consultant editor of Spears said: “Angus was streets ahead of the other contenders in that he has launched not just one business, but many. His concern for the welfare of the West Highland community was also very striking. He’s a very impressive guy and we were glad to give this award to him.”

In 1990 Mr MacDonald founded Edinburgh Financial Publishing, which was sold to Barra Inc. in 1997 for £12m. He then refinanced Financial News and became CEO, and launched the City jobs site efinancialcareers which he sold for a combined £79m in 2007 to Dow Jones and two private equity businesses.

He is also the founder of the Caledonian Challenge, the now terminated annual corporate endurance race that raised around £15m in its 20-year history, and is a vice president and a leading fundraiser for the National Trust for Scotland.

Spear’s is a leading City wealth management publication, with an extensive international readership the private banking and high net worth investment niche. Its awards in 16 separate categories are made by a panel of industry leaders, and were presided over by Sky News economics editor Ed Conway.

The article appears under the terms of DB Media Services