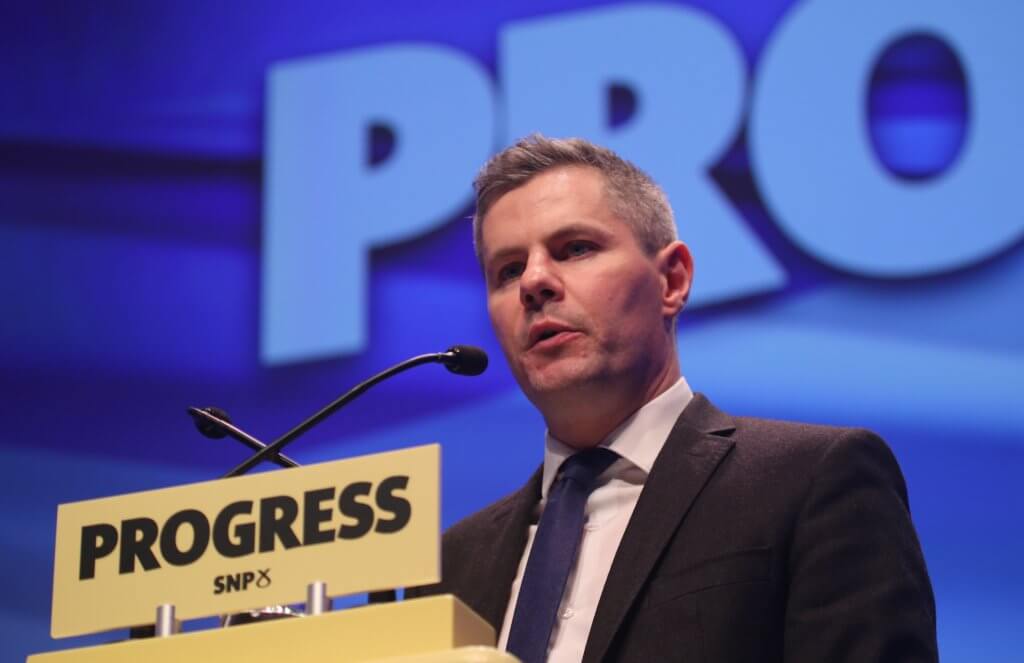 The groups, representing manufacturing, commercial property, retail and tourism are demanding any increases in business rates rise by no more than the CPI measure of inflation, rather than RPI.

This switch was endorsed by the recent Barclay Rates Review and, following last week’s UK Budget, is also being introduced for ratepayers in England from next Spring.

Scotland has historically maintained a level playing field with England on the headline business rate poundage.

The four lobby groups – Scottish Engineering, Scottish Property Federation, Scottish Retail Consortium and the Scottish Tourism Alliance – argue that if Scotland sticks with RPI it would put businesses north of the border at a competitive disadvantage by approximately £25-30 million next year.

Scottish firms operating from medium sized and larger premises already pay more than they would in similar premises in England to the tune of £62 million each year, because of last year’s doubling of the Large Business Rates Supplement.

The CBI Scotland later added its voice to the campaign, urging Mr Mackay to hold fire on tax and rate rises that would create a divergence with England.

Hugh Aitken, CBI Scotland director, said: “On income tax and business rates, we simply can’t afford for a chasm to open up between Scotland and the rest of the UK if we want to remain competitive.”

Bryan Buchan, chief executive of Scottish Engineering, said: “Given current concerns over forecasted low economic growth and our relatively poor performance in terms of productivity, the government should be doing all it can to stimulate business.

“Adoption of CPI as the basis of business rates increase calculations would be of assistance and a helpful step forward to achieving a refreshed rates system that offers a real stimulus to new and growing businesses.”

“The Scottish Budget offers the government an opportunity to set a sustainable path to supporting business and taking forward the Barclay Review of business rates. With Scottish economic growth sluggish any uplift in the poundage rate must be measured.

“Even if a 2% rise were to be applied this coming year the fact is ratepayers in medium and larger sized premises would be paying more than 50p in every pound of rateable value applied to their property, and yet we are only in the second year of the current five-year revaluation period.

“By limiting any poundage increase, the government can begin to bring the overall business rate for large Scottish ratepayers back into line with England, as recommended by Barclay, and at the same time also support smaller Scottish ratepayers.”

“With shop vacancies increasing and one in every ten retail premises now empty, there is a pressing need to keep down the cost of doing business. Scottish Ministers have said they want to pursue the most competitive business rates regime in the UK, and implementing Barclay’s recommendations on tying uplifts in business rates to CPI rather than RPI would help towards achieving that goal of competitiveness.

“Such a move would make retailers more confident about investing in new or refurbished shop premises to the benefit of customers and our town centres.”

“The Scottish Tourism Alliance fully supports calls for increases in the business rates poundage in Scotland to be linked to the CPI from April, following the Chancellor’s announcement last week that firms south of the border will benefit from the lower level of calculation.

“We acknowledge the Scottish Government’s pledge to continue the capping of rateable increases for many tourism firms, however there is still widespread serious concern within the industry around the future cost of business rates despite the short term comfort of the interim cap afforded to some.

“Indeed business rates remained the number one issue of concern in the STA’s recent research into future confidence within the industry. It is vital that Scotland offers a business environment which is as competitive if not more so than what our industry counterparts enjoy south of the border.”