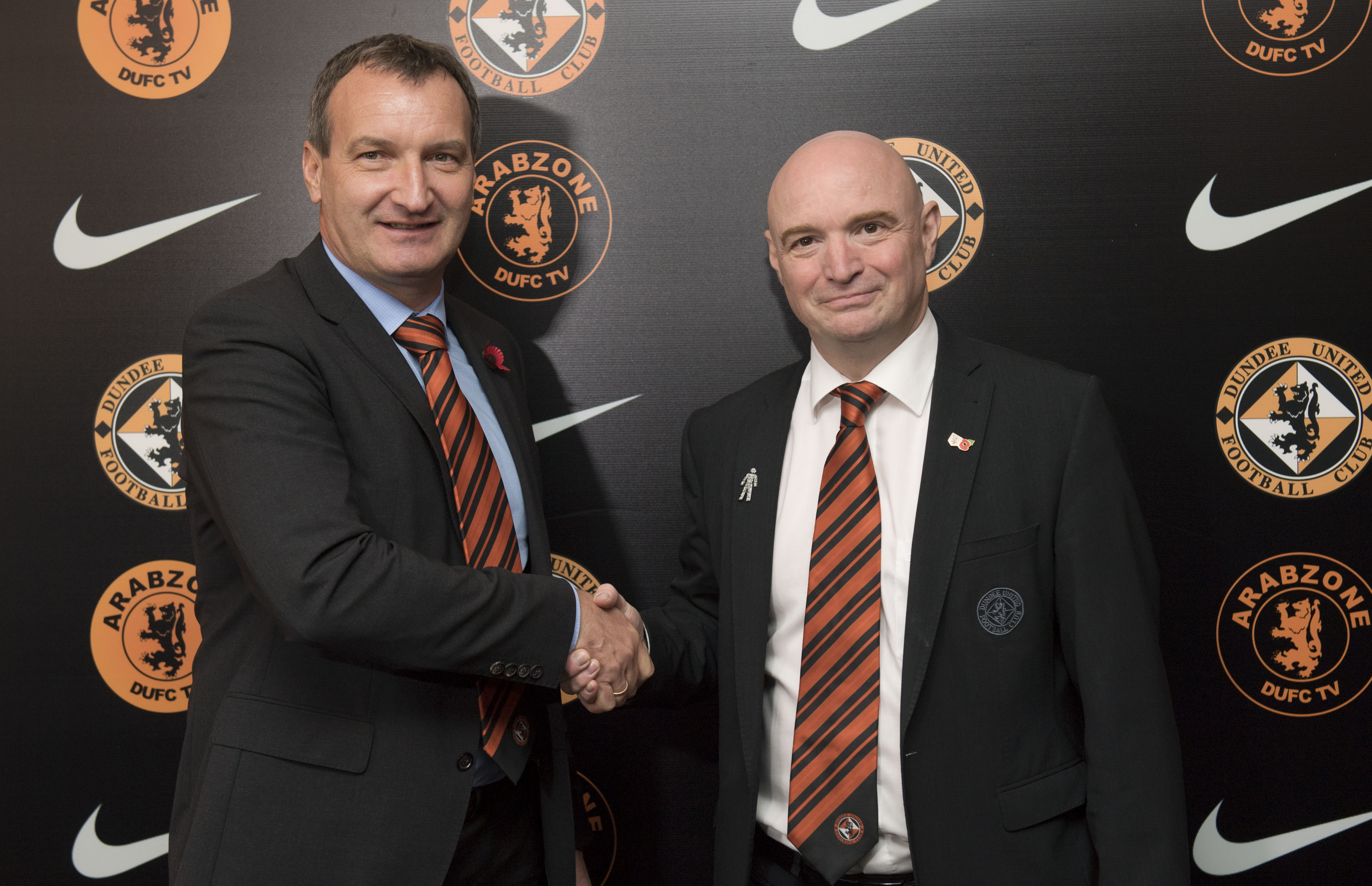 Former Hearts boss Csaba László has been named as the new manager of Dundee United, the Hungarian signing a contract until May 2019.

The 53-year-old will meet his players for the first time tomorrow before taking charge of his first game on Saturday when United host Crusaders in the Irn-Bru Cup.

“It is a privilege to become Dundee United manager,” said Laszlo.

“This is a fantastic club and I will work hard to make sure they return to the Premiership. I look forward to meeting the players. There is a good squad and good staff here and we want to win the Championship.”

Laszlo is no stranger to Scottish football, having managed Hearts between 2008-2010, during which time he guided the Jambos into third place in the top flight and brought European football back to Tynecastle.

He has also been in charge of the Ugandan and Lithuanian national teams and can count Charleroi, MTK Budapest and Dac 1904 Dunajska Streda as other clubs he has managed.

United chairman Stephen Thompson said: “After meeting Csaba, seeing his enthusiasm for the job and his understanding of what is required by Dundee United, he emerged as the outstanding candidate.

“Csaba’s CV is very impressive and his enthusiasm very infectious but after we met, the board spoke to many people who had worked with him in football and I believe we have secured a fantastic coach, man-manager and a highly experienced tactician.”

Laszlo, who still has a house in Edinburgh from his spell at Tynecastle, will be supported by assistant manager Laurie Ellis, who guided the side to two wins while overseeing first team matters for the last two games.

United currently sit joint top of the Championship alongside St Mirren after their win over the Paisley outfit at the weekend.