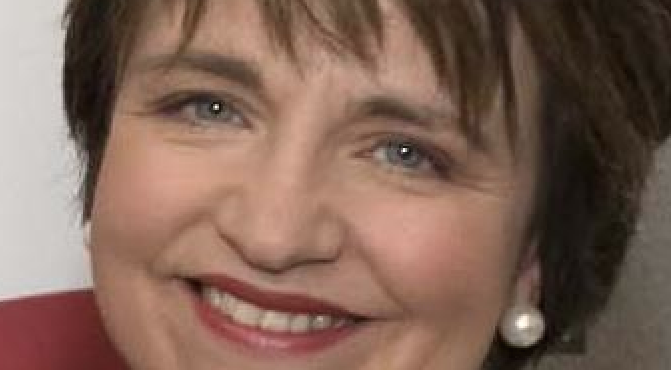 Former Scottish Labour leader Wendy Alexander has landed her second role in a week working for the SNP government.

Ms Alexander, vice principal at Dundee University, has been named one of four trade envoys to champion Scotland overseas.

Earlier this week she was appointed to the Scottish government’s new Enterprise and  Skills Strategic Board.

The plan to appoint more trade envoys was announced in the Programme for Government,. The other three are:

Ms Alexander will be based in Scotland and the team will help to identify specific business opportunities in new overseas markets where there is currently untapped potential.

Economy Secretary Keith Brown said: “We already have strong partnerships throughout the world, but it is important we continue to cultivate these and have people in place who can promote Scotland to international businesses and markets.”

The announcement coincided with a message from Downing Street to mark St Andrew’s Day.

Prime Minister Theresa May took the opportunity to stress the importance of the union. She said: “Scotland has a special place at the heart of our precious union of nations.

“And today, on St Andrew’s Day, it is right that we should come together to celebrate everything that Scotland stands for and all that Scotland contributes to our United Kingdom and to the whole world.

“For that is the breadth of Scotland’s influence.

“From the creativity and ingenuity of Edinburgh’s Festivals, three of which celebrated their 70th anniversary this year as some of the world’s greatest arts events – to Dr Richard Henderson who has become the 14th Scot to be awarded the Nobel Prize.

“From the UK’s life-saving humanitarian efforts co-ordinated from East Kilbride to the factory in Falkirk making iconic double-decker buses that are sold to Mexico City.

“From Scotland’s defence industry, making world-leading warships on the Clyde, to Scottish food and drink enjoyed the world over.

“And I am proud that as Prime Minister of our United Kingdom, the government I lead is committed to doing everything possible to support Scotland’s continued success.

“That includes investing over £1 billion in City Deals that have backed projects from five new technology innovation hubs and the new concert venue in Edinburgh, to the V&A opening in Dundee next year.

“And it is that partnership between all the nations of the United Kingdom that makes us even stronger.

“So today, let us take confidence from the contribution that Scotland will make in helping the United Kingdom to secure a bold, confident and prosperous future as a truly global nation.

“And to all Scots, wherever you are in the world today, I wish you all a very happy St Andrew’s Day.”