Board change at tech company 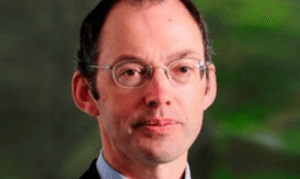 Shares in IndigoVision closed 28.3% lower after CEO Marcus Kneen resigned and the Edinburgh-based video security firm IndigoVision announced that it will make a loss for the year.

Mr Kneen has stepped down with immediate effect, bringing an end to a 14-year link with the company.

Pedro Simoes, who was appointed as senior vice president – global sales on 2 October has been appointed interim chief executive.

In a statement the company said he will join the board as an executive director “as soon as practicable, subject to the completion, by N+1 Singer, of the necessary regulatory due diligence.”

A further announcement confirming Mr Simoes’ appointment to the board, including the necessary regulatory disclosures, will be made as and when appropriate.

The announcement came with a  trading update warning of a slump in trade.

It said: “There are several important trading weeks before the end of the group’s financial year on 31 December, but it is now clear that management’s expectations will not be achieved and that a full year operating loss will be reported.

“The management and sales team changes in the US are showing continued signs of delivery, with further growth in the sales pipeline, but the Middle East has experienced more difficult trading conditions, with unforeseen delays in securing a number of large contracts.


“Current expectations are that revenue for the year will be in the region of $41m to $43m. Gross margins for the year are likely to be a little ahead of those achieved last year and total overheads are expected to be around 5% higher than last year, due principally to the investment in the US described within the interim results statement.

“The financial position of the group remains strong, with current cash balances of $2.5m and bank facilities of $4.0m which remain undrawn.”