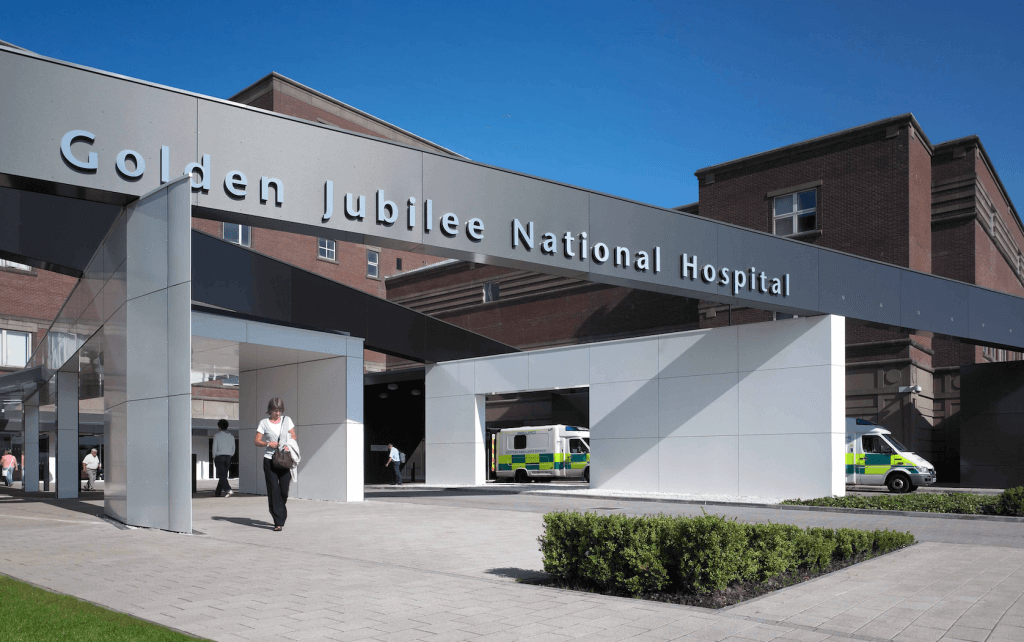 Clydebank hospital is the latest work for Kier Construction

Kier Construction Scotland has secured a £34.5 million share of work at the Golden Jubilee National Hospital in Clydebank.

The two phases of the work involve building a dedicated cataract surgery unit as well as an additional orthopaedic and elective surgical care facility.

The contract follows a Scottish Government announcement for expansion of the Golden Jubilee and five new elective treatment centres to be built across the country.

Kier is expected to start on site early next year with completion by 2021.

The announcement follows a number of recent healthcare contract wins for the company, including work with NHS Grampian at Aberdeen Royal Infirmary, NHS Highland at Raigmore Hospital in Inverness and NHS Greater Glasgow and Clyde at Royal Alexandra Hospital in Paisley and Inverclyde Royal Hospital.

Kier Group was among the biggest FTSE 250 risers on Friday morning after it confirmed that it was on course to achieve double-digit profit growth.

Its property division is delivering a return on capital in excess of 20% while the mixed tenure and private housebuilding businesses continue to make good progress buoyed by recent government initiatives including the extension of the Help to Buy scheme. Kier’s shares were up by 2.7% in early trade.